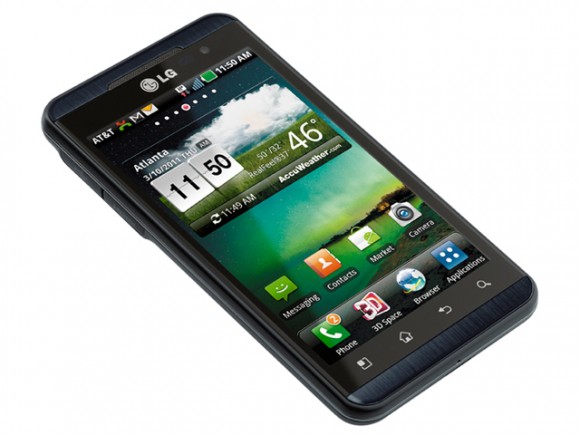 The second Android smartphone in the United States that is capable of recording and displaying 3D video and photos without the need of a special glasses would be the LG Thrill 4G. The question people are curious to know would be; is the 3D effects fun and useful or just lame?

The LG Thrill is equipped with a 4.3 display screen, 800 x 480 pixel screen that is able to display both 2D and 3D graphics. This phone weighs in at 5.9 ounces and it a little heavier than the rest of the other smartphones. The LG Thrill seems to be a pretty solid phone. The LG Thrill 4G runs on Android 2.2 out of the box but is promising to be updated to Android 2.3. With the phone’s dual core processor being 1GHz there seem to be no lag in this phone data processing.  The 3D term seem to put a bad taste in everyone’s mouth because of the bad effect the Nintendo 3DS. Nintendo 3DS has the 3D effect but isn’t worth it. The Thrill 4G has got a superior screen compared to the 3DS and the 3D is optional to use but is enjoyed by many to use the 3D effect. The LG includes a full 3D menu that allows you to quickly browse 3D YouTube videos, 3D photos and videos in the gallery and fast access to all 3D games.

The camera of the Thrill 4G is capable of shooting both 2D and 3D modes. The 3D mode the pictures and videos came out very nice. The only bad part is if you don’t have the right amount of light the pictures may actually overlap of two images and look quite blurry in the 3D mode. So if you plan on using the camera in 3D mode be sure not to be in dark places for the pictures will not come out. The call quality and data usage are quite good. Putting the data speed to the test it operates at 1.6 MBPS in the uploading test.

The battery life of the LG Thrill 4G was average. It will last all day if used moderately. It will not last as long with heavy usage of the smartphone.

So the answer to the question on everyone mind is pretty clear, that the 3D effect is quite fun and is not just a lame gimmick. The 3D actually works good compared to the DS3.

How To Use the Right Data to Strengthen Your Business Plan