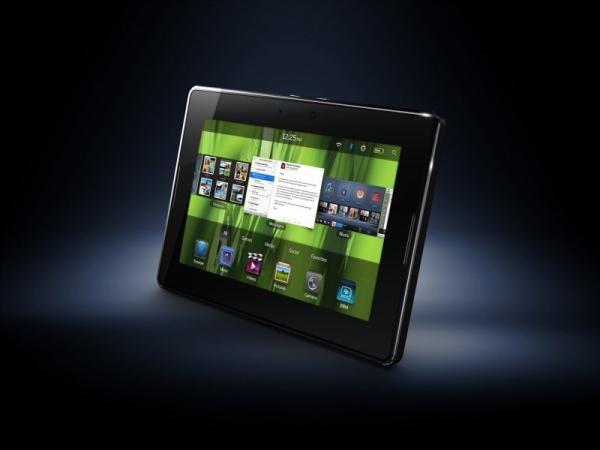 Research In Motion brought us the Blackberry, which was a revolutionary device in its heyday. With increased competition in hand-held communications devices, RIM has had to adapt. Its latest is the PlayBook, which is a good entry, even though it has some defects which need to be addressed.

The RIM Blackberry PlayBook tablet works like a charm in all the right ways, for the most part. The 14.4 ounce device measures 5.1×7.6×0.4 inches. Its sleek black frame is glossy and futuristic-looking. However, users might still be waiting for a company to take a leap of faith with design ideas.

The screen measures 7 inches, and sports a resolution of 1.024×600. Although with a smaller screen than its competitors, the PlayBook’s seems to give it a crisper look. Indeed, the interface is something RIM should be proud of.

First, though, some defaults should be reviewed. One of the first things users who care might notice is that there is no native e-mail bundled in the device, which is a bizarre decision on the part of the company who innovated the mobile e-mail handhelds in the first place.

Another thing missing is a bigger selection of easy-to-use and workable apps. The Wi-Fi PlayBook can be purchased with 16GB at $499 all the way up to 64GB at $699. One would think that copying the competition’s price tags would at least indicate a competitive set of good apps. For instance, although there is a front-facing camera built into the top bezel, there is no video chatting application.

Users can flip a coin and hope for logical updates, but the PlayBook was basically not finished when it hit store shelves. However, all the hardware is there. There’s no home button, because that function is triggered with a bottom-right corner swipe of the finger. The buttons for power and volume are on the top of the PlayBook, along with the headphone input. The power button is an irritatingly resistant bugger.

Users will find on the PlayBook’s bottom micro USB and micro HDMI inputs along with the patented magnetic charging port. Inside the machine are some surprisingly loud speakers. Also, there are the two cameras, the 3 megapixel front camera and 5 megapixel back-facing cam. Their quality is up to par.

The 802.11 Wi-Fi and Bluetooth 2.1 + EDR are there, even though the Wi-Fi can get lost at times. The OMAP4430 dual-core 1 gigahertz ARM Cortex-A9 chip from Texas Instruments gives the PlayBook its system functionality.

The interface is the best part about the PlayBook. Its engaging and simple menu is pleasing. The apps are organized into 4 categories; Media, All, Games and Favorites. Navigation is easy going, especially with the tap-accessible bottom dock.

Finally, the PlayBook is a decent machine, but the company could get more hours out of the battery if they figured out how to keep unused apps from bothering the processor.

5 New Linkedin Features That Can Help Your Business

What’s In The Year 2013 To Make Social Media Browsing A Far Better Experience?