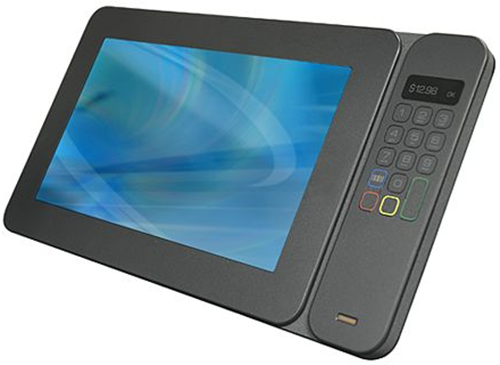 Tablets are the new computers today. Tablets are flat machines that can be slid into big pockets. These things have revolutionized the technological world. Say goodbye to that iPhone and say hello to the new deal. It shouldn’t be surprising that in relatively little time the tablet market has been flooded with companies competing for your purchasing power. The big names are all well and good, but there are many options out there. Motion Computing, for example, has brought us the first tablet targeted for the business market.

Running at $1,125 retail value, the CL900 tablet is a bit higher-end than many others. In some ways, it deserves to entail such a cost, but in other respects it lacks the credentials to justify its price tag. That is to say that like any product, it has its pros and its cons.

The look of the tablet is sleek, black and tough. The black aluminum gives the CL900 good durability, and the rubber trim takes in a lot of the impact of collisions or drops. The 10 inch tablet can handle dust, liquid splashing and vibrations pretty well. It has a melded Corning Gorilla Glass to protect the screen from scratch marks. The extra-thin shape means that the tablet can slide anywhere.

The CL900 screen resolution is 1,366 by 68, allowing high definition-quality videos to run cleanly. Otherwise, one feature that is new and improved is the HDMI input, which allows you to connect the tablet to an external HD television screen for business presentations or whatnot. Other inputs include a USB 2.0 port and a SD card reader.

The CL900 has updated software that has dealt with the touch screen problems that many other tablets running on Windows 7 experience. Although the tablet has decent responsiveness, it can hardly compete with other tablets that run on tablet-only operating systems.

The tablet does not have mobile broadband hardware embedded, but it does have Wi-Fi and Bluetooth 3.0. The tablet also comes with 3-megapixel front and back cameras. It is a nice feature to have, but you won’t be replacing your SLR, for example.

The main problem with the CL900 is that its advanced functionality is efficient only in juncture with the accessories you need to buy separately. For instance, the stylus feature increases the precision of the touch screen and the right click button allows more convenient handwriting recognition; however, it must be bought separately.

Motion Computing’s CL900 tablet is a good product with the accessories, but depending on your purposes, it might not be worth the price tag.

Court given approval to feed prisoner on hunger strike by force

Is Sub-ohm Vaping Right For You?