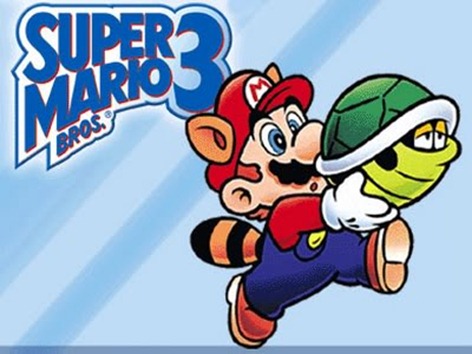 By the late 1980s, there was no doubt that the mascot of the Nintendo Entertainment System (NES) was a short and pudgy Italian plumber named Mario. He was the main protagonist of Super Mario Bros., developed by Nintendo and published and bundled with the NES in 1985. Though it became the best-selling video game of all time and popularized the side-scrolling platform genre, its titular sequel—1988’s Super Mario Bros. 2—had changes that led some gamers to dismiss it as not being a “real” Mario title. However, with 1990’s Super Mario Bros. 3, the gameplay would be finally and permanently standardized.

The plot of Super Mario Bros. 3 didn’t change much from the original game. Mario, with his taller and lanky brother Luigi, is once again on a mission to save Princess Toadstool (now called Princess Peach) and their domain (the Mushroom World) from a turtle-like beast called Bowser and his offspring, collectively called the Koopalings. In the second title, the Koopalings are nowhere to be found and the Princess is actually a playable character, rather than being the stereotypical damsel-in-distress.

The colors, character and environment detail, and musical themes of Super Mario Bros. 2 make the original game look dated and dull. Mario 3 was not as much of an improvement. Perhaps Nintendo adopted an “if-it-ain’t-broke-don’t-fix-it” policy. However, compared to games coming out for the then-new Sega Genesis and its successor the Super Nintendo Entertainment System (SNES), Mario 3 feels visually and aurally dated.

It is with the gameplay, though, that Super Mario Bros. 3 truly sets itself apart—not only from the previous Mario games, but from other side-scrollers of the time. Mario and Luigi have to travel through eight separate regions, each with multiple levels that can be navigated using an overworld map. Each region is littered with a variety of enemies that range from snapping turtles to crumbling skeletons. In Super Mario Bros. 2 you defeat enemies by picking up one and tossing it at another, but Mario 3 goes back to the original method of elimination: pouncing. The levels, greater in number since the first game, vary greatly in design; they include platform jumping, swimming, and bigger renditions of enemies. A Koopaling with specialty powers waits at the end of each region in an airship, a far cry from the original Koopalings who stayed in castles and merely shot fireballs from their mouths. Although a save feature would have been nice for a game this large, Mario 3 is a more fun and adventurous game than its predecessors.

Discarding the life meter of the second game, Super Mario 3 goes back to the first game’s power-up/special-item format. These special items included a “Star” for invincibility, a “1 UP Mushroom” for an extra attempt to play the game after Mario or Luigi dies, a “Super Mushroom” for making the protagonist bigger, and a “Fire Flower” for shooting bouncing fire bullets. However, the third game adds several more: a “Super Leaf” for flying, “Hammer Suit” for throwing hammers, “Frog Suit” for access to underwater pipes, and “Tanooki Suit” that enables the character to turn to stone to avoid harm and pound the ground to kill enemies.

With Super Mario Bros. 3, Nintendo combined the best of both worlds while adding new elements. It has since become one of the world’s best-selling and critically acclaimed video games, firmly establishing conventions that would be seen in several subsequent Mario titles.

Register Mail: Get Notifications of the Emails You Send