How Smartphones Are Changing The Third WorldPosted by Admin34On September 12, 2013 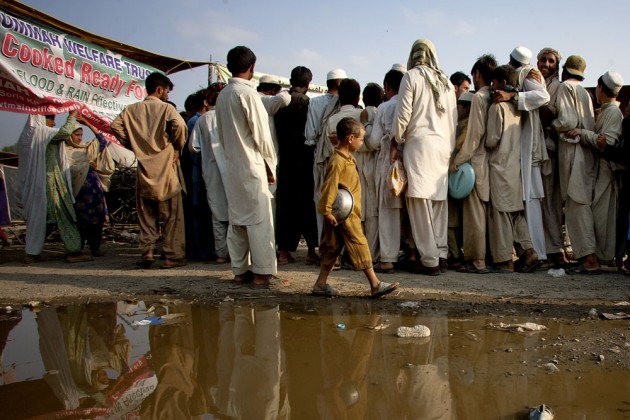 We think about mobile phones as something we have in our advanced economies, but it is surprising just how many there are in the Third World. Of course, you expect to see mobile phones in places like India and China, which are emerging rapidly as economic powers, but mobile phones have penetrated the market in some very surprising places. For example, there are 18 million mobile phone subscribers in Afghanistan – that’s 60% of the population – and over 85% of people there are in areas that have cellular service.

Because they are so widespread in the Third World, mobile phones – and especially smartphones – are starting to make a difference to people’s lives. For example, dengue fever is a real problem in Lahore, Pakistan. Like malaria, dengue fever is transmitted by mosquitoes and can be fatal. In 2011, over 16,000 people there contracted dengue fever, and over 350 died. The next year, government healthcare workers were each given a smartphone with an app that allowed them to report suspected cases when they came across them. Using this data, researchers were able to pinpoint outbreaks and identify likely sources – such as stagnant ponds. As a result of this, they were able to take early actions such as fumigation – and in 2012, there were only a little more than 200 cases and nobody died.

Smartphones are also making a difference to women’s education. For example, in Afghanistan, things are improving for women since the Taliban lost power, but only 12% of them can read or write still. That’s about half the overall literacy rate in Afghanistan, so women are clearly disadvantaged. However, the Afghan Ministry of Education has now launched a program called Ustad Mobile, which essentially is a set of mobile apps that teach reading skills in different languages – Dari and Pashto. The program is only in its early days, but the software is now being bundled with smartphones throughout Afghanistan, and is also being distributed on CDs so it can be used on computers. It is also available online on the Ministry of Education website.

You could build technology lists of many other incredible examples of how smartphones are changing people’s lives in the Third World, but let’s stay in Afghanistan for a second. The problem in Afghanistan is that there are many prevalent diseases, such as polio, malaria and tuberculosis. However, the population is largely rural and people survive off an average income of about $1000 a year. Therefore, they find it very difficult to reach the few healthcare centers there are in the country when they are ill.

Mobile technology provides a way for Afghanistan to address its healthcare problems. Rashan, one of the mobile phone companies in Afghanistan, has been creating telemedicine solutions since 2007 that are designed to reach out to rural areas – and increasing 3G data coverage is now making it possible for these to run on smartphones. Similarly, Médecins Sans Frontières have recently launched their first mobile clinics there, bringing the latest medical advances to remote Afghan villages.

To Buy or Not to Buy: Canon PowerShot SX210 IS