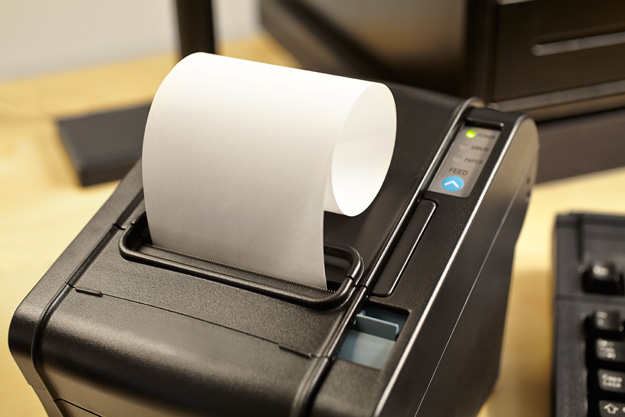 Most retailers in the current globalised era use two primary types of receipt printers at their POS systems which are either thermal printers or dot matrix printers. Both these devices have a significant market shares despite the rapid development of POS technology, that in one way or another still require these ‘ancient technology’ relative to everything else that is evolving in the digital world.

There has also been debates on which is better and the truth of the matter is both these devices have their respective pros and con and deciding which one of these devices suits a business better is actually up in the air and largely depends on the preference of the business owner.

Although retailers prefer thermal printers due to not only their robustness and quietness but also due to their speed flexibility towards meeting the requirements of certain complex POS systems.

In general the thermal printer is quieter than the legendary dot matrix models and is actually able to produce better graphics which is considered to be a value proposition in the current image-driven world. However, this does not mean that the dot matrix printers is on its way out like the dodo as they are still very much in demand due to their very own specific value proposition to users.

From a cost perspective the dot matrix is definitely a winner as they are much cheaper in comparison to thermal printers which are much pricier. Added to that, POS systems that require receipts that must have copies, the dot matrix printer allows users to use 2 or 3 ply carbon paper that does this for them instantly as the dot matrix printers are attached to an internal pressure mechanism allows the print head to leave harder impressions on the ink ribbon which ensures that the second or third receipt copy are not blurred or unreadable.

At this juncture the thermal printer fights back due to the fact that it does not use ink and all it needs is thermal paper rolls and while the dot matrix may cause smudges now and then, the silent thermal printer prints out high resolution printouts due to their ‘etching’ capability which are definitely preferred in places where ‘image’ and quietness are important elements.

Nevertheless both these printers have managed to secure quite irreplaceable market positions and currently dominate not only the ‘receipt market, but also bulk printing.

The advantages of these printers that tug along with them ancient technology cannot be undermined and based on the looks of how things are going; it is unlikely that these 2 Jurassic devices will be replaced by new technology any time soon.

Rules For Coin Collecting or Appraisal

5 Things To Know About Google Fiber!