Remote Storage and Your Data: Risks and RewardsPosted by Admin34On April 9, 2013 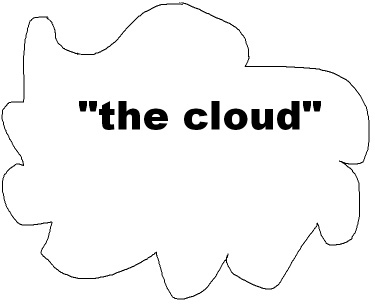 Most of you reading this will be aware that cloud storage represents an easy and affordable way to store and back up your files. By outsourcing your storage provision to someone else (either through a free utility like Google Drive or to a more tailored premium service provider), you can ensure that your material is safe and sound in the event that your home computer inexplicably bursts into flames. However, while the Cloud has been trumpeted from the heavens as a kind of omnipotent solution to all the world’s greatest technical problems, its positive qualities frequently come paired with a downside. Here are some of the most important to bear in mind:

Although relocating your resources to off-site providers can reduce costs and the stresses inherent in creating secure protected server systems, it comes with the immediate disadvantage that control is completely taken away from you. While this is important for everyone to understand, the individual consumer can probably adapt to this change more rapidly than businesses, as it simply represents one more area in which they are buying a service rather than a tangible product. Businesses, however, used to having custom-built systems with a small army of IT technicians who can be relied upon (or bribed) to quickly fix issues, may find adapting much more challenging. As a client to a distributed service provider, you go from being the master of your own domain to simply another end user. Companies should be fully aware of this at all points in the decision making process, and depending on the size or nature of an organisation, may have to think twice before switching, as the increased time between a problem arising and being solved may make things substantially less efficient.

2. Having all that data on someone else’s server puts you at risk of privacy breaches

This is another one which is entirely dependent on both the nature of your usage and your own paranoia levels. If you’re just a normal user, again, this shouldn’t be too much of a concern for you, but if you’re a company storing sensitive information, you may want to think twice when you select your service provider. This also raises the problem of security, because one breach of a cloud service provider’s systems could result in any number of peoples’ data being stolen. However, mindful of these risks, cloud providers have been forced to invest a huge amount of capital in developing and testing their security mechanisms. This is essentially a matter of common sense: When shopping around, question providers about their security and privacy policies, and if you’re the CIA, it’s probably better to keep those servers in house!

3. Unforseen costs may plague you for some time

Although the cloud has the potential to be a great deal cheaper, it must be remembered that the architecture and business models which have made it possible on a consumer level are still in their turbulent adolescence. If you’re looking for serious cloud provision, you’ll get what you pay for, but be prepared to absorb some extra costs when it comes to research and development. This problem also concerns the question of the integration of different parts of your organisation. If you’re a business on multiple sites and you wish to put your head in the clouds, you’ll have to take the rest of your body with you as well: When the central IT nexus has moved offsite, but local centres or secondary offices are still running locally, integration may become a costly, pitfall-ridden nightmare. Be sure to quiz your service providers about how they can help you handle this, and if there are any precautions you can take before making the jump that might offset or eliminate some of these hidden costs later on.

This shouldn’t be taken as a trash-job on cloud services as a whole, because they are extremely useful whether you’re a millionaire business tycoon or a just an average person with a large collection of ebooks. Cloud storage allows you the ability to access your files anywhere you can find an internet connection, and as previously stated can act as both a useful backup for your most prized data and a handy warehouse for extras. However, everyone should be aware that there are problems with any technological service, and the cloud should not be taken for granted as the history-ending iridium-tipped miracle which some have hyped it up to be!

How Do Ultra-Wide Band Radars Work and Why Are They Gaining Popularity?