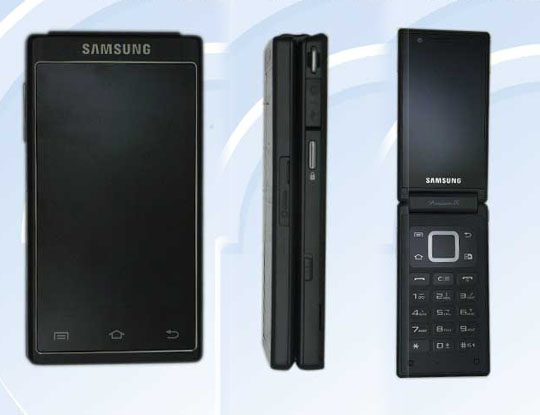 Although high end flip smart phones are not popular in many countries world over, these phones are popular in China. To this end, Samsung has introduced a new Android flip phone in the Chinese market. This phone has a number of features and capabilities. In addition to that, this phone is light hence it can be easily carried around. Other features of the Samsung W999 include a dual AMOLED screen, dial processor and dual sim slots among others.

Interface
The Samsung W999 has two OLED screens. Besides that, these screens are 3.5 inch thick thus reducing the risk of breakages. An important point worth noting about these screens is the resolution. These screens have an 800 by 400 resolution which ensures that the user can view high resolution images. Moreover, these touch screens are complemented by the traditional key input. This gives the user two input choices while using the phone.

Performance
The Samsung W999 is powered by a dual core 1.2 GHz chip. It so follows that one is assured of quality output. The high speed processing chips of this phone ensures that the person can run various applications simultaneously. In recent times, many smart phones are operating on Android systems; Samsung W 999 is no exception. This phone runs on Android Gingerbread. The user is thus able to run various applications on his or her phone.

Connectivity
It is important for various mobile devices to have various connectivity options. These options allow users to share information across various platforms. Samsung has ensured that this phone has various connectivity options. The Samsung W999 comes with Wi-Fi , Blue tooth 3.0 and WAPI which is the Chinese version of Wi-Fi. To this ends, a phone user is able to share various types of information among them pictures and videos across various networks.

Recording capabilities
Unlike other phones, the Samsung W999 has a megapixel photo snapper. This enables the person to take high quality pictures. Secondly, this phone has good video recording capabilities. This can be attributed to the fact that this phone can be paired with a hifi powerful application processor.

Better grip
Samsung w999 comes with a hyper skin back cover. Thus cover ensures better grip of the phone when it is in use. In addition to that, this cover is anti smear in nature. The hyper skin cover is also imperative in stopping the phone from being extensively damage during a fall.

Increased capabilities
Unlike many other phones in its range, Samsung W999 has a dual core Qualcomm MSM8660. This processor enables the phone to carry out various tasks fast. In addition to that, the phone user can run various programs on the phone without affecting speed.

Use of applications
The Android Gingerbread application used in this phone allows individuals to access other applications running on Android. Moreover, the phone user can access various applications on other platforms.

Battery life.
Samsung W999 operates with a lithium battery. This battery last long to this end, the phone user is assured of not replacing his or her battery regularly.

Conclusion
It can thus be concluded that this phone has various features which enhance convenience. Some of these features include fast processing speeds, long battery life, increased capabilities and a better grip among others. Samsung W999 is well designed. On the flip side, this phone is pricey hence it is out of range for many people. By specifically manufacturing this phone for the Chinese market, Samsung aims at consolidating its place as one of the worlds’ top manufacturers of high quality smart phones.

What Features Does The HTC HD 2 Have?