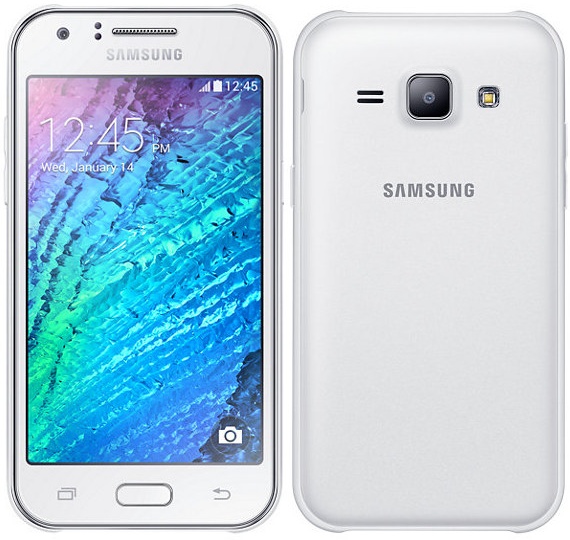 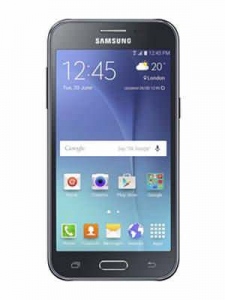 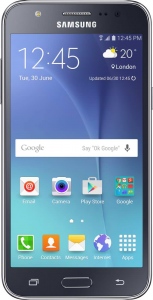 Samsung Galaxy J2 and Galaxy J5 will remind you of the old Galaxy series. The overall design of both the handsets are quite similar. The front of the Galaxy J2 has a 4.7 inch Super AMOLED display above which there are the sensors and a front facing camera. Below the display there is the signature Samsung button layout with the physical home button in the middle along with the capacitive recent apps and back keys on its sides. The capacitive keys aren’t backlit. On the left side of the device there are the volume keys and on the right side is the power button. At the bottom of the device we have the usual USB slot. Turn the Galaxy J2 over and you will be greeted with a familiar arrangement of camera, flash and speaker. The back panel is made up of plastic and is removable which allows you to access the 2000 mAh battery.

The Samsung Galaxy J5 also looks the same as the J2 but it has got a bigger 5 inch display above which there is an LED light. The front facing camera is bumped up to 5 MP unit and so has been the rear camera. Also the battery on the J5 is of 2600 mAh. Apart from these the other features of both the Galaxy J2 and the Galaxy J5 are similar.

The Galaxy J2 sports a 4.7 inch display whereas the Galaxy J5 features a 5 inch display. Both the displays are Super AMOLED displays which mean that the viewing angles are spectacular and the blacks are pretty deep. The display on the J2 has a resolution of 540 x 960 pixels which gives it a pixel density of 234 ppi whereas the one on the J5 is a 720p display which has a pixel density of 294 ppi.

Samsung Galaxy J2 comes with a1 GB RAM, Mali-T720 GPU, Exynos 3475 chipset and a Cortex-A71.3 GHz Quad Core CPU. It has 8 GB of internal storage. There is a micro SD card slot for expansion and it supports cards up to 128 GB but because of the limited 8 GB of internal storage, users who likes to keep many apps on their phone would run out of memory pretty soon.

On the other hand the Galaxy J5 has a Qualcomm Snapdragon 410 chipset with 1.2 GHz Cortex-A53 Quad Core CPU. The graphics on the device is handled by Adreno 306 GPU. In terms of memory the J5 is available in both 8 GB and 16 GB models with an expansion slot for micro SD card of up to 128 GB. Along with this the handset has 1.5 GB of RAM to handle multi tasking.

Both the Samsung Galaxy J2 and the Galaxy J5 runs on Android 5.1 Lollipop. On top of it is the Samsung’s latest TouchWiz UI. This is a bloat free version of the TouchWiz which came into being since the launch of the Galaxy S6. TouchWiz has always been criticized for being over featured and sluggish which makes the user experience terrible. But the new TouchWiz isn’t like that. Apart from some minor hiccups and lags here and there, the software of the J2 and J5 performs pretty decent. Daily usage of the phones wouldn’t trouble the users. Opening and closing of apps is quick, switching between recent apps is smooth. There is also a built in Samsung Theme Store which allows users to completely change the look of their devices.

The Samsung Galaxy J2 comes with a 5 MP rear camera with LED flash. It supports touch to focus. The camera interface is typical Samsung’s. The pictures taken are decent in day light and have good colors but do not expect any outstanding image quality. The camera performance in low light is not so good and pictures comes out to be grainy with noise. The LED flash does not help much. The Galaxy J2 has a 2 MP front facing camera which should provide you decent selfies.

Talking about the Galaxy J5, it features a 13 MP primary camera accompanied by an LED flash. It performs better than the J2 and the picture quality is superior to the J2. However, it also fails to produce good images in low light conditions. The camera can record videos in 1080p at 30fps whereas the J2 is only capable to do 720p video recording. The front facing camera of the J5 is a 5 MP unit and its main advantage is that it comes with an LED. It isn’t a flash but works quite good in case you need to take a picture in low light.

With the new Galaxy J2 and Galaxy J5 Samsung is trying to re enter the budget or mid range smart phone market. The Galaxy J2 is available at around Rs 8,599/- (online price) whereas to buy a Galaxy J5 you would have to spend around Rs 12,000/- (online price). Both the devices offer LTE connectivity and comes with dual SIM support.

There are other devices too in this price bracket. For example, Motorola Moto G 3rd Generation is of the similar price of that of the J5. It depends on the choice of the individual. So if you are a user who wants to buy a Samsung phone only in this price bracket then the Galaxy J series wouldn’t disappoint you.

Point and Shoot Cameras – Reasons To Buy One