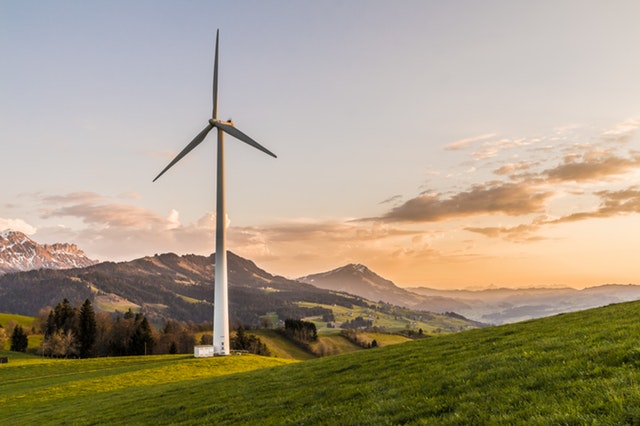 Did you know that pollution is by far one of the biggest killers in the world?

According to the World Health Organization, out of the 7.7 billion people in the world, over 100 million people are affected by pollution. This is comparable to ailments like HIV and malaria!

You might not even realize, but you might be playing a part in increasing pollution and causing environmental degradation. Mere inefficient use of energy can make you a contributor.

With recent concerns regarding the sustainability of our actions, now, countries and people alike are taking steps to conserve energy. For instance, the European Union (EU) has created a target for its member countries to reduce their overall energy consumption by 20 percent by 2020.

The amount of energy you use has a direct impact on the environment. Here is why.

Even though active efforts are being taken to reduce dependence on non-renewable resources for energy, the fact remains that fossil fuels continue to dominate most countries’ energy consumption. Take the US as an example.

Petroleum, natural gas, and coal continued to be the top three sources of energy production. However, it is interesting to note that coal consumption did decrease by 13 percent in 2015.

What does non-renewable energy have to do with the environment? Well, fossil fuels, when burnt, leads to the release of toxic fumes, which increase pollution. It does so by emitting carbon dioxide, sulfur dioxide, and nitrogen oxides, thereby causing air pollution and climate change.

By saving energy, you can easily save the environment.

Fossil fuels, when burned, don’t merely release pollutants. It starts quite a dangerous chain reaction. Pollutants, when emitted in the air, cause a much worse thing, known as the “Greenhouse” effect.

Carbon dioxide, specifically, when released into the air, tends to absorb the warmth of the sun. In other words, it means that heat is trapped in the atmosphere. This is known as the greenhouse effect. When this happens naturally, the phenomena does not cause any adverse consequences.

However, the extra carbon dioxide is released in the air; too much heat is trapped in the environment, leading to an increase in temperature, more instances of droughts and heatwaves, higher sea level, abnormal weather, and occurrence of acid rain and smog.

By cutting down on energy consumption, you can ensure that fewer fossil fuels are burned. And every small contribution can accumulate to cause a considerable difference.

For instance, according to US Energy Information Administration, if every citizen in the country trades one incandescent bulb for a florescent one, you can reduce as much pollution as possible if you take 1.3 million cars off the road.

While efforts like those done by Manuel Diaz are pivotal for preserving nature and its resources, it is essential to understand that such efforts can not solely carry the responsibility of preserving the environment.

This is because, with the current consumption patterns, we are using non-renewable resources faster than they can be regrown.

This is why we must change our ways if you wish to save the environment. By cutting down on our energy use, we can help conserve non-renewable fossil fuels.

Additionally, this approach is also beneficial from an economic point of view.

As per the laws of supply and demand, the more we use fossil fuels, and the lesser they get in quantity, the more expensive they will become.

Save animals and ecosystem alike

Another way excessive conventional energy usage impacts the environment is by hurting both animals and the ecosystem. Fossil fuel isn’t extracted easily. Instead, they need to be mined and logged from the land.

When doing so, the land where fossil fuels are found tends to get damaged. Animals that once inhabited it find themselves with no home. Additionally, human-induced air pollution can further cause biodiversity to disappear.

Compared to the average extinction rate of species, due to pollution, various organisms that thrive in our ecosystem are getting endangered at 1000 times faster rate than normal.

Current energy production practices aren’t just hurting the land. Water is not safe from its effects either.

Fossil fuels are usually transported via the sea due to their sheer weight, quantity, and export value. This often leads to oil spills that wreak destruction on the underwater species.

While chemical dumping has been regulated to an extent, it has not been eliminated. Power plants continue to be one of the largest sources of toxic water pollution, especially in the US.

Ending Remarks: Save the environment by conserving energy

It is time that we move to renewable energy sources. You can choose between wind, water, and solar power. Such a transition cannot be done overnight. But, you can begin saving energy from this moment. All you have to do is turn off any excess lights or appliances.

The lesser you consume energy, the better it would be for the earth.

A Pageless Future For The Web

Sony debuts Music Unlimited in US