The Best New Digital Cameras on The MarketPosted by Admin34On July 6, 2013 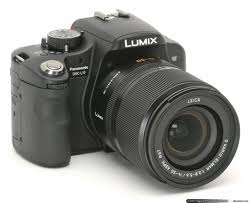 If you’re in the market for a new camera, then we don’t blame you for feeling somewhat overwhelmed. There’s just so much choice out there. Are you after a point-and-shoot model to capture your moments with the minimum of fuss? Are you a budding photographer and looking for a new DSLR? Maybe you need a compact superzoom to get close to the action? And that’s just the beginning. Once you’ve worked out which camera you need (and that’s no mean feat) then you’ve got the hundreds of models to sort through. Lucky for you we’ve done the grunt work so you don’t have to and picked our top 5:

This Panasonic superzoom is one of the best-performing in the market; but it does come with a fairly high price tag. The main advantages are its fast f/2.8 lens that is great for high clarity pictures with large depth-of-field. It functions very well at higher ISO settings (used in lower lighting) and the video quality is excellent, offering 1080p30 quality for MP4 recording. The 24x zoom isn’t the greatest in its class but the other features really add up. If you want to find the perfect Panasonic camera, then this could be for you.

The Ricoh GR is at the high-end of the point-and-shoot camera market. It’s a fixed-lens compact which features a 16-megapixel APS-C image sensor which is the same size found in many bulkier DSLRs. The 28mm lens provides a wider field of view than most conventional point-and-shoot models which use film-standard of 35mm. The image quality is fantastic in all kinds of light, too.

If you’re an advanced amateur photographer and you have a couple of grand to spare then you could do a lot worse than the Canon EOS 6D. It is reasonably cheap for its class and includes some awesome features such as integrated wi-fi and GPS as well as a full-frame sensor with super image quality that shoots in 1080p30.

Mirrorless cameras are the new kids on the block and Samsung’s NX300 has a firm grip on the mid-range market. It’s much more compact than a DSLR but offers a whopping 20-megapixel APS-C sensor, meaning that the image quality and performance are outstanding. It comes with a 18-55 kit lens but has support for newer lenses capable of capturing 3D photo and video. It’s not cheap though – if you need financing then try Buy Now Pay Later at K&CO.

The Sony Alpha 77’s specs are incredibly impressive. Its 24-megapixel lens can shoot 10.3 frames a second and record video at 1080p60 with continuous autofocus. Like other newer DSLRs, it offers built-in GPS but it eschews the standard 18-55mm kit lens and offers instead a 16-50mm f/2.8 zoom. From switching the camera to taking a picture you only need to wait 1.1 seconds which is perfect for those surprise moments. The only con for some photographers will be the electronic viewfinder which replaces the traditional optical pentaprism common on most cameras.

Why Do You Need Technical Support?

How the Modern Tech Connects Us

Breathing New Life into the Obsolete

Online Learning: Your One Stop Solution To Grabbing Additional Skills