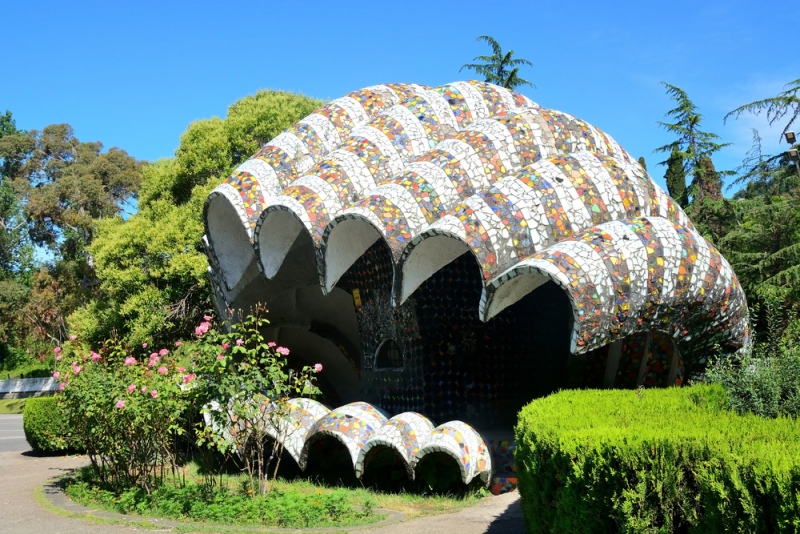 You might not be familiar with the name Zurab Tsereteli: he’s one of the biggest, most enduringly successful modern artists, but, perhaps because his career began in Russia, during the Communist era, he’s not well known even to those who pride themselves on their knowledge of the art world. Today we’re trying to redress the balance, and help you learn a little more about one of the most important artists of the 20th and 21st centuries.

Tsereteli’s first big project, the one that made his name, took him to Abkhazia, a region on the shores of the Black Sea that today is beginning to seek an independent existence as a Republic.  In the 1960s, the Soviet was seized by the idea of bringing cultural education to the masses through large scale art projects. One of these ideas involved commissioning artists to create bus shelters so that art would be woven into the very fabric of people’s lives. In absent of widespread personal car ownership, most people used buses for any journey beyond comfortable walking distance, so this was a good way to reach a vast number of people.

Tsereteli was chosen to work in the Abkhazia region and was inspired by it’s proximity to the Black Sea: his shelters took the form of fish and shells, decorated with bright, playful mosaics. They still stand today and are well worth seeing, either in person or as photographs!

It was his successful delivery of this project that laid the foundations of a career that’s continued to be interwoven with the government both during the Soviet era and beyond!

Since these early days, Tsereteli’s built an international reputation based on monumental artworks gifted around the world. In the closing days of the USSR and the early period of post-communist Russia, gifts of striking artworks to international recipients helped to build diplomatic and cultural links across a rapidly fraying Iron Curtain. His ‘Breaking the Wall of Mistrust’ was gifted to the City of London in 1990, the year before the fall of the Berlin Wall, and the subtext is clear!

Another highlight of his post-Soviet career is the Teardrop Memorial, or ‘To The Struggle Against World Terror’, a monument gifted to the United States to memorialise the loss of those killed in the 9/11 attacks. This helped to weave tighter diplomatic bonds at a time of increased international tension.

Now in his 80s, Tsereteli is still creating art in his Moscow studio, but is better known as the figurehead of Russia’s artistic community. He’s the President of the Russian Academy of Arts, curator and subject of multiple museums and UNESCO ambassador.

How To Effectively Cure The College Acne Blues

Is Your Mobile Workspace Ready For Some Serious Liveblogging?