What Has Changed In Traditional Marketing Over The Past 50 Years?Posted by Archer SctOn December 12, 2014 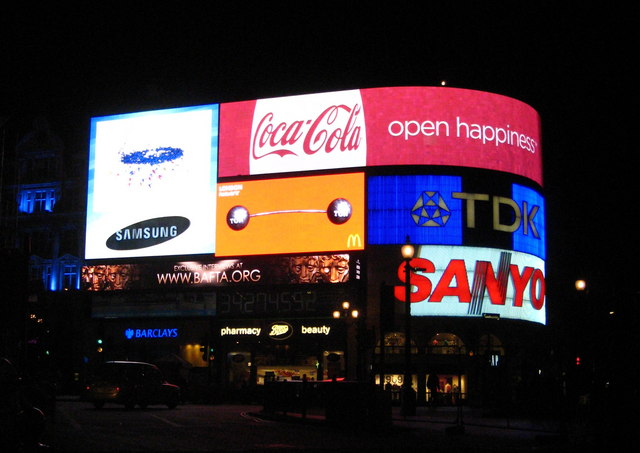 As the world changes, so does the marketing strategies to go with it. In the 1960’s televisions were a prized possession, and marketing was just beginning to take advantage of the new medium as savvy corporations and entrepreneurs broadened the scope of their economic footprint. The changes that have occurred since then have taken place in a synchronistic fashion as recorded video and live broadcasts go beyond the borders of the home and into the palm of the hand of every phone carrying person of the modern world. Besides the fact that marketing teams can extend beyond the home, messaging options, presentation selections, and medium choices have expanded beyond the scope of the original pioneers expectations and perhaps desires.

As cultures change the interests of the consumers in those cultures change. Marketing strategies must evolve to attract the interest of those consumers and often leads the way for social change by setting trends in fashion and art. It is almost as if the artist paints the image, and the image comes alive. In the 1960’s, the Vietnam War finished off an era of turmoil and the moon landing captivated the imaginations worldwide. From this mix of events came the imagery of the first footsteps on the moon and the riots against the hated war. The images are black and white with rich originality. Pictures told the stories of hope and excited people to rally together for greater causes. Cigarettes were still allowed on television and alcohol did not have ethically filtered ads.

There are significant differences in today’s media where the first amendment rights have been tested to the limits. While anyone can sing about anything, televisions have regulations that prevent the broadcast of what has been classified as vulgar or inappropriate behavior. Commercials are not exempt from the risks of prosecution by enforcement agencies of the government. Messaging rules that apply to television broadcasts can be circumvented by reaching handheld devices and requiring users to verify ages through interactive marketing applications. The word “integrated” had a very different meaning less than twenty years ago. Slowly over the passage of time in the last fifty years the very nature of restrictions has changed from content freedom to broadcast freedom. Now you can say whatever you want, just not whenever you want.

Originality never loses its flavor and in marketing it is an essential ingredient for success when properly implemented. Rarely in today’s world do black and white photos get used as a regular course of business. The use of black and white is associated with class and often emerges with throwback décor from earlier generations. In the nineties, the four color photo process became the buzz, and now images are viewed in dots per inch perspective and refresh rates. The color palette of images in digital film is more defined, refined, and crisp. Even something as simple as the storefront sign holds greater potential thanks to modern printing technologies. Thanks to the internet, you can even custom order whatever you need for your marketing agenda online through sites like QualitySignDesigner.com.

Beyond the color selection that has progressively expanded over the last fifty years, the ability to layer images and to alter the material items of a picture have allowed the creation of commercial enterprises that center around impossible realities. The talking animals, the ability to manipulate body parts post-photo-shoot, the creation of fictional aliens, and much more can be explored in the marketing arena. There are now only the limits of the imagination and its ability to create as technology provides new and exciting tools for innovators to work with.

Marketing strategies have to have a multi-tiered outreach program. A thirty-second commercial on a television broadcast cannot be the same plan as a five second internet commercial. The hook has to have enough pull in the first three to five seconds to get someone to click on the image and watch more of the commercial. Over the last fifty years the advertisements have gotten shorter and shorter as more competition enters the market, and the demographics cover a wider section of the market. The population of the United States has gotten more diverse, and the marketing idea of one-size-fits-all Americans has gone to the wayside. Products have to diversify their approach in particular application instance by instance formulas.

The trajectory of marketing strategies are constantly changing as the cycles of attention shift moment by moment. With interactive platforms that allow businesses to monitor consumer opinions and moods in real time, agencies are more in tune with consumer interests more than ever. The more aware of consumer interests a business is, and the better prepared they are to react to that interest, directly correlates to sales revenue. The original idea of simply getting the product name out there still plays a significant part of the marketing strategy, but it has become much more complex. The intricacies of marketing campaigns are comparable to that of a political campaign, and the losses of a bad campaign can be just as severe. The values have changed and so has the industry. Even something as simple as a sign in your yard is a reflection of who you are. A banner or billboard can make an expression that sets a trend and gains immediate national attention. The possibility of making a statement in your yard, if done the right way, can put you in the latest fashion in the palm of someone’s hand a thousand miles away. The world has changed.

50 YearsOver the PastTraditional MarketingWhat has Changed

Mobile Revolution Breaks Into Your Business, Are You Ready?

Use Your iPhone To Get Cooking

Will European and American Power Outlets Ever Be Merged?