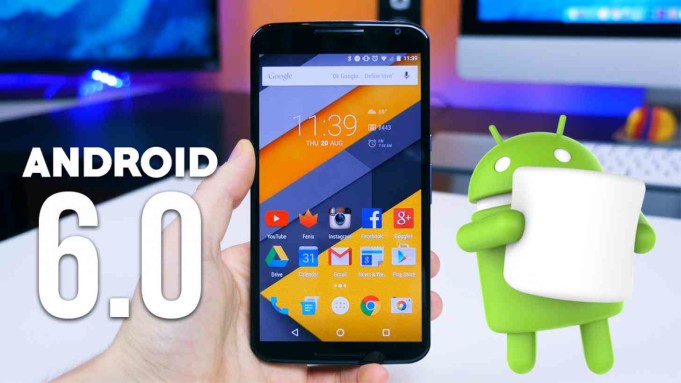 As we can notice the development of new technology offered by some of the massive technology corporations in the world, we are aware of the Google’s latest addition Android 6.0 named Marshmallow.

Sharing many similarities to it’s predecessor Android 5.0 Lollipop, it also introduces a lot of new features and system improvements that will enhance the overall android experience.Android gets updated every year in last quarter. You should keep yourself updated by ready android tutorials. You can find android application development tutorials here.

Release date is set on October 5 2015, so the newer versions of nexus devices are notified about the new update, or you can check and update it yourself from the official Android Marshmallow site.

Latest Nexus 5X and Nexus 6P devices will have Android Marshmallow pre-installed and ready to run out of the box.Some of the most notable features that this version have is the“Google Now On Tap”, new power management system that reduces background activity when the phone is not in use, and native support for fingerprint recognition and USB type C connector.

Google Now On Tap is a feature that enables the user to see relevant Google information and cards of shortcuts about the website or the application you are running in the moment.  It can offer you faster searches and easier navigation through the system.

Applications are sorted in an alphabetical order and are easier to be found in the applications tab.In the newest Android M you can manage the permissions and decide when and what information to share or turn off permissions at any time.

Power consumption is brought to minimal, applications and processes that are in stand by mode, make less impact on the battery life, and the sleep state mode enables the device to sound the alarm even If it’s left uncharged.

Security is greatly improved and made easier with fingerprint recognition, you can unlock the phone, sing-in and checkout from Android Pay and Play Store.

What Are Sunpipes and How Are They Installed?

Which Should You Buy? Galaxy S6 or Nexus 6