What Is Smart Screen Filter?Posted by Gabriel MOn April 28, 2013 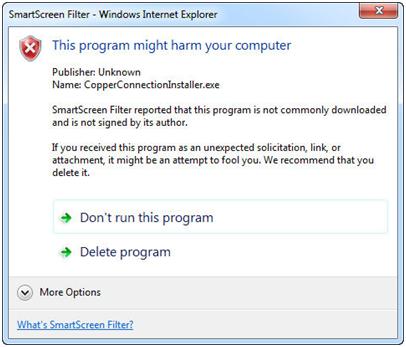 When using Internet Explorer 8 or Windows 8, you may encounter warning messages when you try to download or run certain files. You may get warnings saying that the file “is not commonly downloaded and could harm your computer” or “running this application can put your PC at risk”. All these messages are presented through a tool called Smart Screen Filter, which will be discussed in the following lines.

When some action has been performed for the benefit of your machine, a message similar to the one below will be shown: 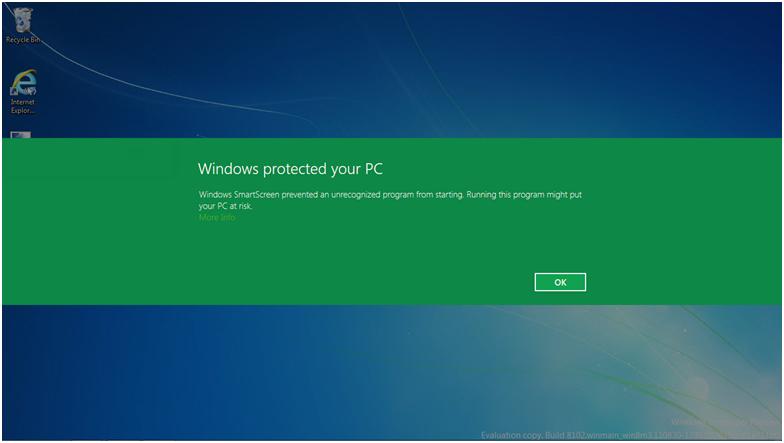 On the other hand, there are also possible errors and warning messages that can be shown. For example, the desktop version of Internet Explorer may show messages such as “this program is not commonly downloaded and could be dangerous for your computer” when downloading a program. The message should be similar to the one shown below:

At this point, you will be provided with two options. You could download the file or run the program if the file extension is .exe or, alternatively, you can cancel the download or the execution. In most situations it is also very handy to use the ‘More Options’ feature if you want to find more information about the file you are trying to download or run when using Internet Explorer.

So what is Windows SmartScreen Filter after all?

This feature was introduced along with Internet Explorer 8 to improve security. If a file you want to download was already downloaded a large number of people and is considered to be safe, you will be allowed to download it without problems or warnings. If a file has not been downloaded before by other users or their number is very small, you will be warned that your choice has a factor of uncertainty.

In addition, Windows SmartScreen Filter checks the websites you are trying to visit using a regularly updated list. In here sites that were reported for electronic fraud or distribution of malicious software are listed, so that users can avoid them. If there is a match between a page you are trying to visit and an item in this list then a warning message will be displayed, saying that the website was blocked for your safety.

The same thing happens with malicious files downloaded from the Internet. This can be annoying when you download files that are not very popular and are mistakenly interpreted as a threat to your machine, but keep in mind that it is always better to prevent.

Is It Worth Using SmartScreen Filter?

According to some studies, security, Internet Explorer is the safest Web browser, mainly because of this feature. Internet Explorer 10, for example, has a rate of 99.1% when it comes to blocking malware. The general recommendation is therefore to take advantage of everything this tool has to offer.

In addition to Internet Explorer, Smartscreen Filter was also integrated into Windows 8, so this is another reason for using the latest operating system from Microsoft.

Starting A Business: 7 Simple Steps To Start Your Own Business

All You Need to Know About Windows Action Center