Apple iTV 4K Television Rumored to Launch in Next 12 MonthsPosted by Admin34On April 28, 2013 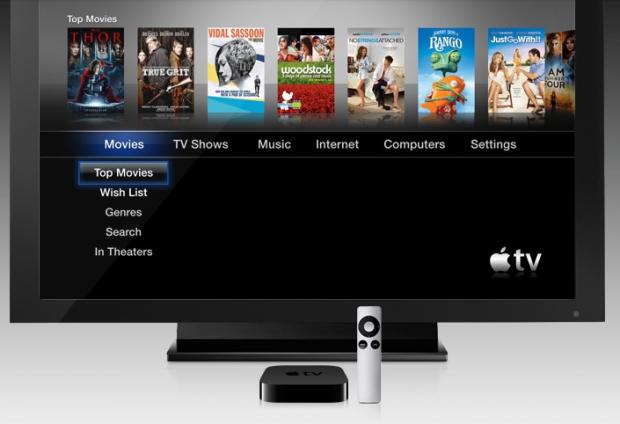 People want to be comfortable, irrespective of what they do and how they do and love to have everything with great ease. They don’t have time to wait and the giant Apple is coming forth with its latest technology to satisfy these geeks with the latest invention- Apple iTV 4K television. The rumors about this wonderful product is now ruling the market as the manufacture is claiming that the product will change the lives of many as they start using it and will have a life without remote controls, and you will be controlling the TV with voice commands or just gestures and lot more.

It was said that Apple will release their mythical iTV with 4 HD capabilities last year, but now rumors are spreading that it may be released by the end of this year or early next year. People are looking forward to see how this invention is going to revolutionize their living room and change the way they watch TV. Experts believe that the launch will be extended as the there are a number of challenging problems for the Apple manufacturers to overcome.

Apple is trying to bring 4K ultra HD to the living rooms at a minimal cost, but it won’t be practical as they many technical issues are bothering them. One of the main factor is the risk involved in manufacturing such a product is the cost. What will happen if the highly dreamt and discussed model of Apple’s iTV launches at a high cost, making it out of reach of the common and tech savvy’s.

Apple is trying to bring 4K Ultra HD with a resolution of 3840 x 2160, double resolution of Full HD, and incorporates voice and motion control functionality. It can be connected to the internet and customize your schedule to view them. It is supposed to use an A5 processor and 1080p video and is likely to run on iOS operating system. It will enable you to move the icons as well as make use of them, just like in an iPad. The remote control will be unique and can be controled with iPhones, iPod touches and iPads. The new TV will be using voice control as an interface – you can control all the TV functions and switch between the different channels by just using your voice.

Apple is looking forward for manufacturers, who can bring up with this quality panels to fit their needs. Rumors spot that they are looking eagerly with great hope to LG for manufacturing such kind of display, and is expected that the display will be made available to the Apple by the half of this year.

Apple has always been noted for the excellence in their product, as they bring high end products, but the factor that affects its popularity is the cost. As the facilities and features increases, the cost for affording it also increases.  So chances are there that these rumors will be true and Apple will once again be a hot topic of discussion of the tech geeks.

This is a Guest Article written by Raj Plays Galli/Street cricket with Small Kids Scored around 5k runs with 100 6s and 200 4’s and blogs at techiefusion and techiedrive.

Benefits Of Doing An MBA In India Than Abroad