Who Will Bring Mobile NFC Payments in to the Mainstream?Posted by SuccessbloggerOn December 27, 2012 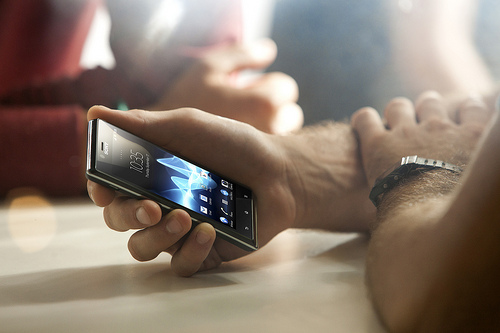 Despite sporting a shiny new screen, Apple fans were disappointed to discover that the new iPhone 5 was not Near Field Communications (NFC) enabled. NFC is set to revolutionize the act of paying for things in person and is currently a discussion point for many customer-facing businesses. It is destined for the big time, but as Apple has rightly asserted, it is just not widespread enough. So what exactly is NFC, and what needs to change for this technology to become a part of everyday life?

NFC is set to change the way we pay for things, just like the introduction of Chip and Pin. Rather that swiping a plastic card or inserting one in to a machine, NFC-enabled devices will be able to do the same job. Simply place your device on top of a compatible payment station and will tap in your PIN straight on your phone.

Perhaps even more exciting is the prospect that NFC-enabled devices could actually acting as a proxy wallet. Google already offers a mobile payment system called Google Wallet. It can store debit and credit card details, but also loyalty and gift cards, coupons, promotional vouchers and tickets. Apple’s Passbook is an attempt at the same. It’s hard to see, though, how applications that store card and flight details might be game-changers without NFC.

Bringing mobile NFC payments in to the mainstream will require coordination from two angles. Firstly, from device manufacturers. That’s happening already; Google’s Android operating system has supported NFC for over a year now, and there are more than a handful of tablets that include NFC, out-of-the-box, such as Lenovo’s Android tablet . Microsoft’s mobile operating system Windows 8 supports NFC too, and many of the devices that readied themselves for its October launch will have the communications protocol built-in. Microsoft will also offer a virtual wallet, called ‘Wallet Hub’. It even includes slots for library cards.

Secondly, a more visible introduction of NFC needs to be hastened from the direction of commercial outlets. In the past year, there has been a quiet boom in NFC-enabled services; much of which was spurred on by Orange’s rollout of the technology in banks, retailers and other service providers across Europe. These efforts, however, have been reasonably limited in scale. Perhaps surprisingly, Africa has seen some of the greatest NFC system investment globally.

So what extra efforts need to be taken to push NFC forward? A significant shove could have come from Apple announcing their new devices to be NFC-enabled. Frustratingly for other hardware manufacturers, Apple’s messianic status in the technology world means any new service they offer is hailed as prophetic; indicative of where the market’s moving next.

An alternative approach would be Android manufacturers marketing NFC technology as their unique selling point; including it in more devices, and making a concerted effort to NFC systems in their own retail stores. Nearly a hundred million people bought an Android smartphone in 2Q12. If even only 10% of those were purchased in retail stores, that’s five million happy consumers, who could have been educated in the advantages of NFC. Apple does this in its retail stores – offers the customer access to the entire Apple ecosystem through a ‘Personal Setup’ at point of purchase. It’s time for Android manufacturer stores to start thinking this way.

Finally, a sudden and sustained adoption of NFC technology by financial service providers would kick it in to the mainstream. So far, this looks unlikely. MasterCard offers a PayPass system that can integrate virtually any financial service with NFC, but as yet there are only 56 cards – not even 56 card providers, that play ball with the system globally.

NFC will have its day, but the question remains, who will be daring enough to make that first leap?

How To Gain Education In China Through Several Ways

Games That Can Help Sharpen Brains And Skills Of Your Toddlers

The Laptop Vs. the Ultrabook