Why We Need To Have More RAM?Posted by EditorOn February 10, 2015 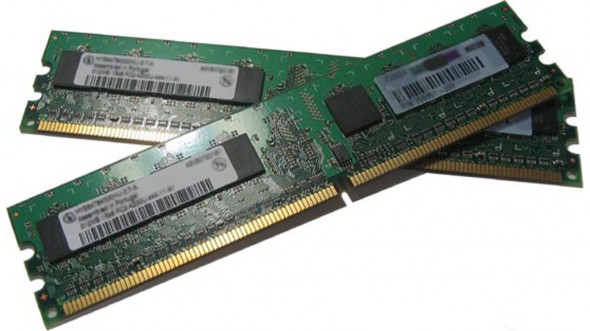 It is astonishing to see that many people around the world already depend on computing devices. Dell, Acer, Samsung and Apple are leading PC manufacturers and they have produced computers that are powerful enough for usages in modern settings. Engineers need to make sure that these computers have adequate processing capacity that ensures faster speed with many tabs and apps open. RAM and processors contribute significantly to the speed of our computers.

Many people know what RAM is and they know that it is a kind of internal, temporary storage where processors can juggle in and out data that they are processing. RAM is comparable to our working table and we usually clean it up when we finish working. Data inside RAM also disappears when we turn off the computer, because it needs a steady supply of electricity. On the other hand, hard drives are storage media that puts data physically. So, information won’t disappear when we turn the computer off.

Although RAM doesn’t have an involvement in the overall processing capability, it still affects the speed of our computer. RAM is comparable to our desk and all the associated equipments, including paper, pen, ruler, calculator and others. After we finish our task, we may need to set aside these items for new tasks; such as examining a large diagram. It is not really efficient if we have a small desk, especially if we need to put a large sheet of blueprint on our desk along with other documents.

In general, we and computers could finish our jobs more quickly if we have more desk area and RAM, respectively. Our computers could work faster if more space is freed from the system memory. The price of RAM depends on clock rate and module size. Today, it is common for consumers to use a couple of 8GB of RAM in the desktops, this would be equal to 16GB of RAM. This is enough for typical computing tasks and we should be able to run multiple software with minimal effects on the overall performance.

Although processors and RAM are not similar, both have similar effects on the overall performance. We would benefit greatly by having fast processor and sizable amount of free RAM. Given choice, we should always choose the fastest processor available and larger amount of RAM. Although casual users may not need more than 8GB of RAM, it is still a good idea to choose 16GB of RAM or bigger to achieve things that we require. More powerful processor should be essential when comparing the overall speed. Things can be slightly complicated when we want to assembly our own computers. PC manufacturers usually offer optimized performance, with their configuration.

Improper hardware configuration could cause bottlenecks and these are things that we want to avoid. Bottlenecks could cause a financial waste, because some of our components are unable to work at their utmost capacity. Lack of RAM could also cause bottlenecks, because even the fastest processor would run at a fraction of its potential.

Starting An Ecommerce Business – Not As Technical As You’d Expect

App Store Optimization: How To Market an App