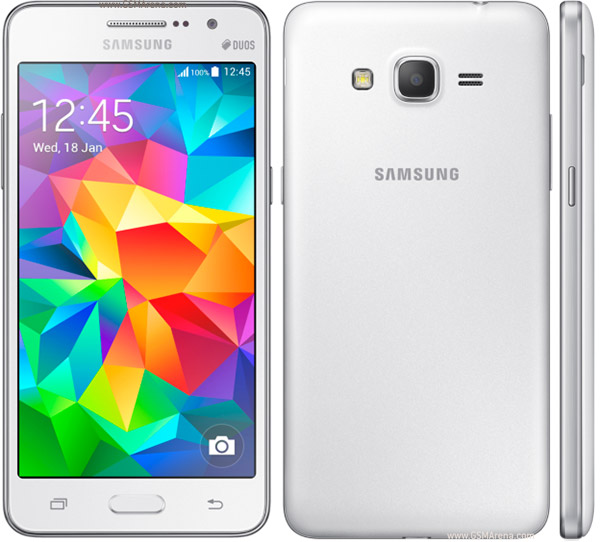 There is a new trend to have a big screen smartphones and at least 5 inches smartphones is just acceptable in the Android fans. And if we talk about the devices offered by Samsung then of course the list is big. But if your search is for the mid-price device then here we have one solution.

The Samsung Galaxy Grand Prime is positioned as an alternative for those who want a smartphone average performance at an affordable price. Among its acronym identity lays a five-inch qHD display, quad-core processor, eight-megapixel camera and, above all, a front camera five megapixel with wide-angle specifications The design of the new Samsung Galaxy Grand Prime keeps the lines you have used the firm in recent generations of Galaxy devices. The identification marks are the on side of the housing, metallic appearance and finish merging curves and angled lines. The housing also notable for its contained measurements, especially for the thickness of 8.6 mm. Regarding the weight, Samsung Galaxy Grand Prime weighs 156 grams.

True to the family of Galaxy Grand devices, your phone has a large five-inch screen. As for the resolution, multi-touch TFT panel does not enter the category HD and unparalleled values ​​of 960 x 540 pixels. However, stand for solvency reproduces photographs captured by eight megapixel main camera, with an LED flash and autofocus function. Multimedia features are complemented by a second front camera that stands out for its resolution of five megapixels, and the amplitude of the lens that allows you to cover an angle of 85 degrees.

The most technical part of the Samsung Galaxy Grand Prime smartphone includes a quad-core processor and an operating frequency of 1.2 GHz. Along with this chip, good performance is responsible by 4.4.4 Android OS which is also determined by 1 GB of RAM. The storage system consists of a module of Flash memory of 8 GB, which can add up to 64 additional GB from an external microSD card.

The connectivity equipment of the Samsung Galaxy Grand Prime is designed to provide all system functions to the user thanks to the support of HDPA + networks, WiFi N, Bluetooth 4.0 and GPS assisted with support for GLONASS satellite network. With regard to the battery, the model includes a 2,600 mAh capable, but for now the company has not specified the time of battery life that is capable of providing. But in our opinion, phone would manage to give good battery life, as there is a decent resolution display and efficient performing processing cores. But final battery life would be confirmed after it would reach the market shelves.

SkyBender and the Future of 5G Wireless

The Logic Behind Profitable Customer Segments

6 Marketing Automation Tools That Could Transform Your Business