Will E-Cigarettes Take Over The Tobacco Industry?Posted by [email protected]On August 11, 2016

The tobacco industry boomed during the 1940s and 50s thanks to major advertising campaigns by the largest companies. Literally millions of dollars were pumped into making sure smoking was a habit taken up by the masses, and this was at a time when the health risks were still not yet fully understood. Needless to say, as soon as it became known just how dangerous and addictive cigarettes were, the industry couldn’t quite advertise as freely as they could in the early days of the smoking revolution. 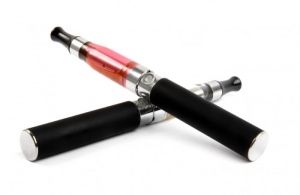 Nowadays, we’re all aware of just how hazardous to our health smoking is. In the short term, we might develop a cough and shortness of breath. However, over the long term, all of that inhaled tar, smoke, nicotine and a range of other chemicals can result in life-threatening diseases.

However, an addiction is an addiction, and simply knowing smoking is bad for us isn’t enough to force us into abstaining. Those who’ve tried to stop smoking understand just how difficult it is, and even those who’ve now successfully quit have probably relapsed at least once.

Unfortunately, despite the popularity of quitting aids such as gum and patches, they don’t always work for many people, so it makes sense that something like the e-cigarette was going to quickly take the world by storm as an alternative to smoking.

The Rise of E-Cigarettes

Since the turn of the millennium, companies such as X2 Cigs have started to rapidly transform the tobacco industry. It’s no wonder e-cigs have become so popular so quickly when they’re thought to be much less harmful than traditional cigarettes.

Though there are currently very few studies into the long term effects of e-cigs, esteemed organisations such as Public Health England estimate them to be 95 percent less harmful than their counterparts, and safety isn’t their only benefit.

As the e-cig industry continues to increase in popularity, will the tobacco industry end up lost to history?

The Future of E-Cigs

Needless to say, the tobacco industry is far from on its last legs just yet. However, many cigarette manufacturers have started buying out e-cig companies, and that just shows that some major players in the industry are preparing themselves for a declining number of cigarette smokers. All we can predict at this time is that e-cigs are likely to become more popular as time progresses, and that would seem like a good thing if they’re truly less harmful to our health than traditional cigarettes.

10 Best Social Apps For Your iPhone

The Best Alternatives For Book Publishing

Significance Of Client Feedback And Also What Are Its True Benefits.