10 Deadly Sins Of Marketing For BitcoinPosted by Zara AOn November 9, 2015 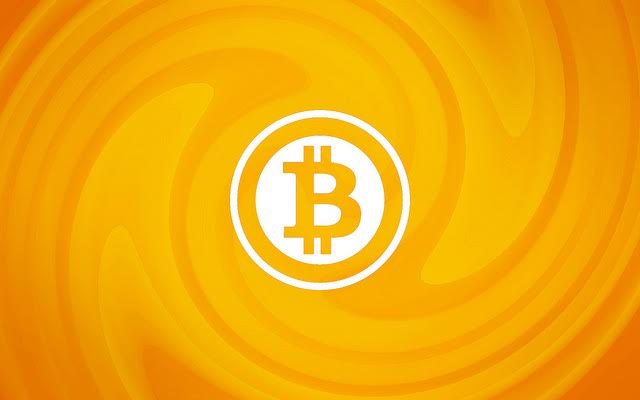 There are peculiarities about marketing Bitcoin and cryptocurrency companies that you may have not considered when developing your start-up. Here are ten of the most prominent ones:

Assuming your users are Bitcoin geniuses as soon as they hear about your business.

Often a Bitcoin startup will assume that users will find their project easy to use immediately. What they do not take into account is that the founders and developers are in a position where their cognitive bias is solid as castle walls.

Simply because you know how to use it, does not mean that it will be anywhere near approachable for anyone else. Always use user experience testers who are paid to be honest. If you ask your friends or employees for a truly honest opinion, don’t ever expect it.

Not understanding that Bitcoin is a religion.

In my other article, I have outlined that Bitcoin is a religion. You may disagree, but the fact is that successful projects will walk over you with dirt crusted boots if you refuse to admit this perceptual oddity.

By understanding your users’ needs for transcendence and community, giving them a sense of superiority and spiritual belonging, you will open your doors to more and more customers.

Cryptocurrency zealots and investors want to be wined and dined with the body and blood of Satoshi, while they are promised the future. Promise them scalability that can reach to the outer edges of the planet.

If a financial giant like NASDAQ developed new database for operations, would the news bat an eye? No. But if you can call the database an innovative blockchain or permissioned ledger, as standing on the shoulders of Bitcoin itself, you may soon run out of rubber bands to stash your money.

If you write your text yourself it may not sound as impressive as it does to you, as the founder. Of course you will think it’s amazing, it’s the sweat of your brow! It takes a powerful amount of experience to effectively communicate an idea, which is why us successful copywriters are doing quite well for ourselves.

If you hire someone who earns a few dollars extra on the side by writing, you will earn a few extra dollars on the side. But a great sales pitch doesn’t come cheap. Consider con artists like Victor Lustig, the man who sold the Eiffel Tower twice. They make a lot of money by using nothing apart from words. They have no product, they have nothing to offer. All they have is words.

Words are enough power to close a sale. You need authority, urgency, novelty, and passion. The invention of the telephone and the internet barely impress anyone, until words were finally transmitted.

Time is money, and words take time. Give your users a value proposition, and they will love you for it.

Not asking for money.

You’re not crowdfunding in some way? What’s wrong with you? Are you actually planning to deliver a product on your own dime? You’ll easily miss out on pandering and free publicity. However, this only works if your project makes people say “wow” on first sight (no need to dig deep), or you already have an established reputation.

In many cases, the Bitcoin community is more interested in projects that could be rather than ones that actually are. I hope it is painfully obviously that this point is made partially in jest, but those laughing the hardest currently are on their way to the bank.

You can even add a clause that any crowdfunding investments are to be seen as donations in your terms and conditions. This is all perfectly legal, although extremely sleazy.

Providing the product before you have created an e-mail list and a presence.

This is a universal mistake that everyone makes when starting a business, apart from those who enjoy sudden success. You need to create a single page landing station for users to drop their e-mail address into, eagerly awaiting your project. Countdown to the mysterious launch, and push your project harder before it launches than after. Users get a rush from being the first, feel free to ask anyone who has had a @gmail account back when they were exclusively invite-only. You need to be like Jesus, famous before you are even born.

Creating social media but not engaging any users.

If you have social media accounts but you are only retweeting and posting articles, you’ve amputated some important limbs here. Retweeting actual users, and writing updates is a powerful way to stay ahead.

An empty social media account is worse than not at all. Spend $5 – $10 on 5000 Twitter followers with pictures, and start creating plenty of real content. Tweets are not hard to write. Search for #Bitcoin and relevant tags, and reply. Use auto-repliers sparingly. Advertise that you will follow back people who follow you.

After you create a thread and disappear, it will only take a short comment chain for users to start spitting on you. Many projects such as SWARM learned this the hard way, as their forum inactivity has lead to a swarm of insults and a massive loss of confidence among their users. New developments were not announced anywhere, and while their project is legitimate, users were quick to scream scam.

You do not need to, and indeed should not, treat your users like friends. Treat them as members of the same church, who will only follow you if you believe as they do.

Competing with Bitcoin itself and promising the world

If your goal is to dethrone Bitcoin and have the largest network effect and market cap for your altcoin, please stop. It will go the way of the Canadian Mintchip, Auroracoin, and Paycoin. It will be sucked into the abyss and disappear forever. Of course you can keep it going for the blink of an eye, and get out in time, but that is highly unethical and may land you in jail.

Assuming word of mouth is enough

Reach out to people that matter, instead of targeting the general public. As many novel writers suggest, write for one specific person! Who influences others in your field? When they say “jump”, how many people jump? Find them, call them, e-mail them and message them on LinkedIn. Let the influencers do what they do best, INFLUENCE. Give them advantages for being a part of what you are doing.

Doing 360’s without letting anyone know.*

* I’m saying 360 instead of 180 because usually the only result is an illusion of progress, and the business doesn’t actually move anywhere.

You can’t suddenly turn your Bitcoin mining equipment shop into a wallet. Like Popeye, a brand is what it is. There is a simple reason why Xerox computers and Colgate food products ended up on the cinder, unsold. When in doubt, create a new brand. If you even feel a slight itch of doubt in a moment of weakness, create a new brand. Advertisers in the 30s, 40s, and 50s learned this the hard way through years of experience. You have the chance to learn it from a single paragraph. Be what you are.

Fitness Apps – Your Phone Will Get You In Shape

Accidental Data Loss – Not IF, but WHEN

Why We Don’t Need to Wait for Windows 7 SP1?

Google Adwords 101 – How to Get Started with Paid Search