3 Reasons To Have Security On Your Mobile Fingerprint ScannerPosted by EditorOn November 25, 2013 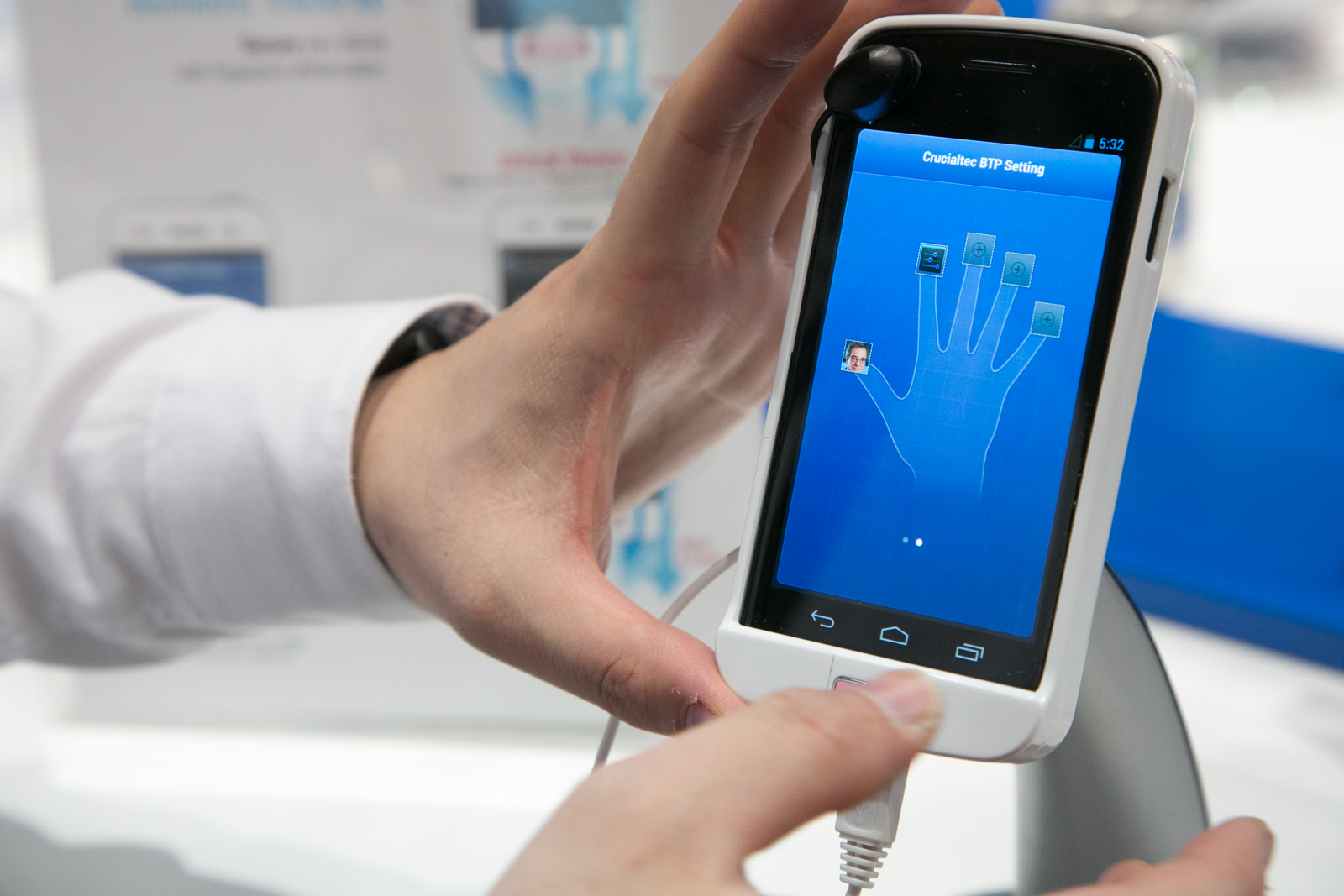 What is the Purpose of a Mobile Fingerprint Scanner?

One of the most novel devices that are used by police departments is the mobile fingerprint scanner, a handheld gadget that can scan the tips of the fingers and subsequently bring up a whole stream of data about the person whose fingerprints they are, such as his or her full name, birth date, place of residence, place of employment and so on. (Many non-police citizens are also familiar with these from having seen them used on the CSI shows.) They are useful in helping police to identify the “John” and “Jane Does” whose dead bodies they find, as well as suspects. The typical mobile fingerprint scanner comes equipped with scanner sensors and a smartphone connector.

Smartphones owned by private individuals can also have fingerprint scanners embedded in them that make a variety of things possible that would not have been so in earlier times. They can save the owner the trouble of having to type in a passcode each time he or she logs onto the device. The iPhone 5S, which was released just a few weeks ago, has a fingerprint reader called Touch ID that can be used to store up to five fingerprints, any of which can be used to unlock the device. At present only a few other lines of mobile phone have implemented this technology.

In the remainder of this article we shall discuss the importance of security for mobile fingerprint scanners of both types just discussed.

Reasons to have Security

Few people actually realize it, but today’s smartphone is basically a computer that has been scaled down to the level of a cell phone. As such, it is as vulnerable to threats such as malware, viruses, Trojan horses and worms as is any device that can be used to access the Internet, a purpose for which smartphones, rather than PCs or tablets, may soon be the most popular means of surfing the Web.

Because a mobile phone is vulnerable to such threats, it must be protected against them. As a device that connects with a mobile phone, a fingerprint scanner needs to have some form of security installed on it. All of the major computer security companies, including Norton, McAfee and Avast, have expanded their area of business to include apps designed specifically for the mobile phone. They perform such functions as:

2) Many People have Reasons to Hack into a Mobile Fingerprint Scanner.

Criminals naturally have every reason to want to wipe out the data stored on fingerprint scanners because they can be tracked down by means of them. They might also want to make it impossible to identify the bodies of their victims, although there are other ways in which they could do so, such as burning the skin of the fingertips.

3) Present Fingerprint Security can be Bypassed.

Almost as soon as the iPhone 5S was released, a spokesman for the German hacker association that calls itself the Chaos Computer Club (which, incidentally, had taken advantage of security flaws in the West German Bildschirmtext back in 1981) announced that they had used a photograph of a fingerprint on a glass surface to get into a phone that was not theirs. They then called it “stupid” to use something that you cannot change as a means of security. What the CCC had done is not an easy thing to do, however; high resolution photography is required, as are chemicals and equipment that are difficult to obtain.

At present, mobile fingerprint scanning has not really been around long enough for anyone to know how secure it is. Security improvements may soon have to be made.

Myths Of The Apple Computer Warranty…True or False?