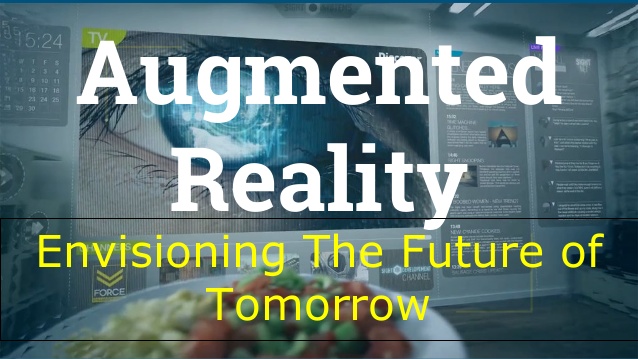 One may think that virtual reality and augmented realities are one and the same and to a certain extent, they might be right. The only difference is the kind of interaction we have with both of these realities. VR lets us interact with objects in a virtual world, whereas AR blends virtual elements with the real world.

AR is like adding another layer onto the one that we live in. One could even go as far as to say that it makes it feel like a video game experience. For instance, you may be holding a piece of apple in your hand, but with AR’s assimilating abilities, that apple could turn out to be a cat.

Now to give you, the readers, a taste of how the real-world makes use of this intrinsic tech, let us look at the following real-life uses.

A profound testament of this is the GPS systems in our modern-day vehicles. This kind of tech is really useful in helping us commute between places in the shortest of distance and time. Wikitude Navigation is a revolutionary feat of navigation in which the user would no longer need a map to move about.

The program simply generates an overlay of the GPS onto the real world in front of you using your camera phone, while never having to take your eyes off the road.

As you may know, virtual reality has contributed well to the people in firefighting, military, and medical training through simulated courses. Now augmented reality is looking to add a whole new chapter to it. Technically speaking, it is now possible to deliver a more hands-on experience with AR applications.

Instead of a virtual world, students can go through a real-life simulation without the pressures of time. They don’t even have to worry about facing real-life penalties whenever they make a mistake.

Let’s just be honest here; cooking is not as easy as it sounds. But that doesn’t mean you can’t learn how to cook. As we speak, the Tokyo Institute of Technology is working on an AR system that will help users cook with computer-generated imagery.

There’s something that you need to know than what you can with your eyes. The pan can actually simulate the weight of food in it and act like you’re flipping an omelet or something.

The tourism industry benefits greatly with the use of augmented reality the case of sightseeing. Being able to augment a live view of all the displays in a museum as well as all the facts and figures is a great use of the program. Total Immersion is a giant in the AR systems that prides itself in that department.

Even with the use of computer-aided design tools, the buildings all end up on blueprints. And as we know, working off those blueprints takes time as the builders have to refer to them over and over in order to get it right.

But with the Bentley Systems is working is, is something that will overlay the blueprints at the construction site so we don’t have to deviate from our tasks ever again. What’s more is that the details will be far more precise and accurate for us.

The future of technology is growing ever so profoundly as the days go by.

Author bio: Kate Martin works as a Senior Technology Developer at Essay Writing – EssayAce.co.UK. She has years of experience in web and logo designing. You can follow her on Facebook | Twitter | Google+  .

Is It Possible To Learn Muay Thai Over The Internet?

Why You Must Be Choosing To Continue Education? – Think, What Do You Want For Your Career!

How Easy Is It To Install Mobile Phone Spy Software