5 Ways Businesses Can Save Money By Using VoIPPosted by Admin34On July 30, 2013 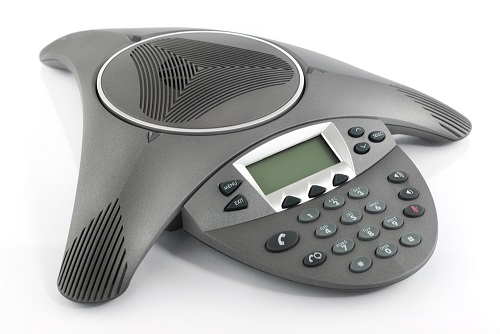 Sometimes making a business more profitable is simply a matter of finding ways to save more money. After all, saving money will increase your margins just as much as having a higher income stream in most cases. One approach to achieving this is using a VoIP system instead of a traditional phone line or cell service. Here are a few examples of ways you can save money through a VoIP service.

Most VoIP companies will give you free unlimited calling inside the United States by paying just the set monthly fee. This usually means that you’ll save a lot of money when compared to a traditional phone or cell service since not very many of them will have an unlimited plan for a reasonable amount of money.

Another feature of Voice Over IP systems is that the international rates tend to be way better than traditional approaches. Going over the Internet is just cheaper overall, sine the network is already there and you don’t have to rely on your own or other people’s networks. The Internet network is all inclusive and this makes it a lot easier to route your call long distances than it tends to be over old school phone lines.

A VoIP approach tends to have more features than traditional plans since it’s easier to add these features on Internet based systems. These could include the following.

It can be quite convenient to get transcription of calls, or else get them attached and sent to your email address. Either way, since you’ll be working from a computer half the time anyway, this can save you time and money, especially if other traditional phone companies would charge extra for this service if they even have it available.

Trying to deal with phone troubles in-house can be a serious extra cost month to month.  By putting all of this onto a business VoIP service, you’ll ensure that all of the maintenance fees are something that the other company has to deal with instead. Simply paying a low fee per month instead of all of the nickel and diming you have to do when you handle all of this yourself can save you a surprisingly large amount of money.

It’s a fact that employees will tend to have many different phones and phone lines depending on where they are and what they’re doing. Trying to get all of these phones active at the same time can be a problem. You may end up paying extra when it comes to call forwarding costs and roaming charges and so on, since you won’t really have time to micromanage the whole thing to make sure you aren’t falling into some sort of expensive loophole in your traditional phone service. A VoIP approach streamlines all of this in many cases by having the same rate no matter where you are, and by having all of your phones route through one particular phone if that’s what you want.

Top 6 Project Management Challenges and How to Manage Them

Finding The Right Menu For Your Restaurant, Bar or Café

Locate A Cell Phone? Yes But Not How You Might Think