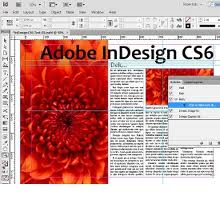 Adobe InDesign is a designing software that finds huge commercial applications especially for business and social marketing. It is a DTP (Desktop Publishing) software and combines artistic workmanship and page layout capabilities to create posters, flyers and other advertising materials with a minimal cost of publishing unlike the standard high expense printing processes.

The software is manufactured and marketed by Adobe Systems, who also manufactures the world’s most popular photo editing and graphic designing software, Adobe Photoshop. Like Photoshop, InDesign also claims to be one of the most widely used DTP software applications.  As we said above DTP stands for desktop publishing and involves the production of documents on a personal computer or MAC harnessing page layout talents. It largely uses commercial software especially for advertising purpose and is much more preferred than the localized printing methods, the ones draining the vigor and money. When it comes to DTP, one can infuse graphics into advertisements, cultivating more attractive and eye catching designs. 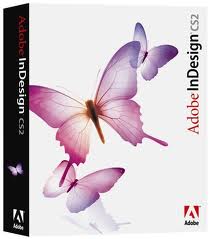 Adobe InDesign is widely used by various artists and graphic designers for creating luminous and colorful banners, newspapers and magazines layouts, flyers etc. The successor to the almost market drained Adobe Pagemaker, InDesign proved to be a very productive and effective tool in handling DTP work. The advanced tools featured in this software enable users to work with fluidity thereby enhancing the results. Another key feature of the software is its capability to comply with tablets and run on these platforms.

Digital Publications which are suitable for running on tablets and other similar devices are made possible through InDesign due to its proficiency of exporting files to SWF and EPUB formats. The large user-friendly interface makes it the industry standard software for media publications like newspapers and magazines.

Although several word processing software applications manage to incorporate some features which were earlier available exclusively and entirely to DTP software, its sustenance in the modern society is stable to a large extent. With commercial evolution, competition and with it ad posting essentially increases paving opportunities for DTP software to thrive for a few more years.

Even when word processing software replaces the necessity for a DTP software, it still calls for its use when it comes to several small scale and large scale multimedia publications. Unlike the traditional word processing software, InDesign and other DTP software applications are capable of producing not just documentation for printing they can facilitate integration into electronic media applications too.  With the advent of new and improved tools for graphic designing and ad making, the future is not necessarily bright for DTP software. However, a possible extinction cannot be forecasted in the near future. With new magazines and companies emerging from every corner of the world, InDesign and similar software are still ripe for use, your career prospects can still be improved if you take an InDesign training course and gain industry recognized qualifications in the use of this software.

This guest post was supplied by Mark Stubbles, Mark writes for Acuity an IT Training provider based in Guildford, Surrey.

The Steps To Be Followed For Installing WordPress

Reasons To Use Antivirus

Make Sure Your Computer Is Protected from Viruses and Hackers

The Best Website To Find A Wedding Venue In Jaipur