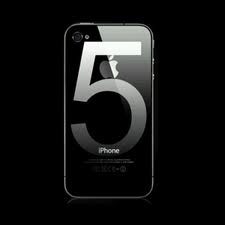 If you are not into technology in 2012, you are likely a step or two behind the crowd.

Whether it is starting your own website through an online vehicle such as webstarts.com to staying connected to the latest in phone offerings, technology plays a large part in just about all our lives.

Whenever a new technology product is about to hit the stores, the fever pitch of publicity gets turned up a notch or two.

That certainly has been the case for a while now, as consumers await the new iPhone5, reportedly due out in early September.

Reports indicate that iLab, an iPhone repair shop in Japan recently got its hands on images of the iPhone 5. The shop’s leaked iPhone 5 pictures and video provide the public with a look at the reported two-tone metal case, bigger screen, smaller dock connector, new speaker grill, and housing.

One business publication has already gone on record as stating that the iPhone 5 is slated to become the most popular phone Applehas unveiled.

Different reports indicate that the iPhone5 will prove to be the thinnest iPhone to date, featuring a larger screen. The new iPhone is reportedly using Sharp as its supplier of screens. The new handset is thought to feature in-cell touch panel technology that will permit the touchscreen to be even thinner, providing Apple with more flexibility in the design of its next iPhone.

It is also rumored that it will offer a centered, front-facing camera for improved video conferencing, along with NFC capabilities. NFC, or Near Field Communication, is the technology that allows for the movement of data from a smartphone to a receiver. This gives users the ability for instance to tap their phone at a cash register to pay for a purchase, as opposed to reaching into a pocket or purse for a wallet.

Signs of an Upcoming Release?

As many tech experts and users know, Apple in the past has used summer developer conferences in order to announce its prior iPhone releases, including the initial iPhone in 2007. In 2011, the company changed things up and announced the iPhone4S in the fall, the start of a new trend that will apparently continues this fall.

During Apple’s third-quarter earnings conference call, CEO Tim Cook vaguely responded to an analyst’s question regarding a “fall product transition.” Cook indicated that “there’s an incredible anticipation out there for a future product” and that based on what Apple has delivered in the past, this amount of speculation is “reasonable.”

Reuters went a step further recently, noting that sellers on Chinese e-commerce platform Taobao were accepting pre-orders for the iPhone 5 for between 1,000 yuan ($160) and 6,999 yuan ($1,100). Reuters also claims that sellers are listing the device’s specifications and providing mockup images in order to entice buyers.

Another sign that may indicate a September release date is accurate involves listening to what company investors were told will be apparent with Apple’s Q3 results.

Apple reportedly told investors that revenue in the September quarter will be down 4-percent compared to June, but Apple expects only 38.5-percent gross margin compared to more than 42-percent seen in the prior quarter.

Whether you will be using the new iPhone5 for personal or business usage, there is definitely excitement in the air.

Pros and Cons Of Installing House Burglar Alarm On Your Own

Seek The Guidance Of Experts and Enjoy Fabulous Results