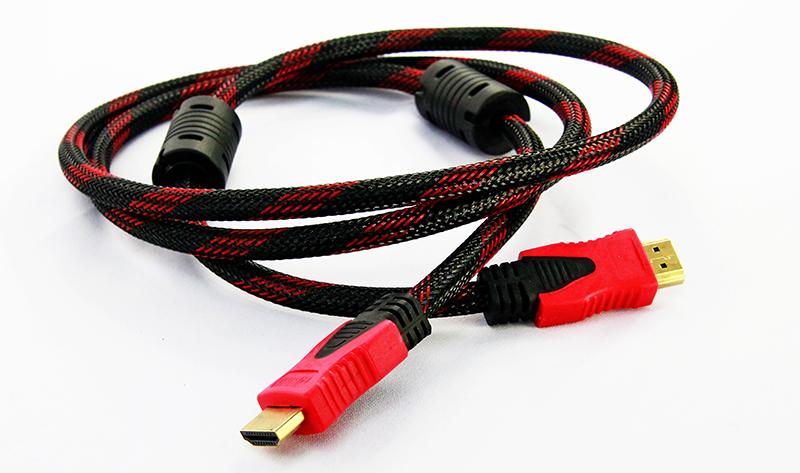 Whether you’ve just bought yourself a shiny new X Box One, a PS4, a new TV or perhaps simply want to improve the picture quality between your TV and your Sky box, one thing is for sure and that is that you’ll be on the lookout for an HDMI cable. Yes, you can now pick these up for as little as £1 in Poundland and, in many cases, you’ll get one supplied with your appliance, however there’s a whole host of arguments for ditching cheap and nasty cables and going out and spending a LITTLE bit more on a high quality cable which will both offer ultimate picture and sound quality as well as lasting far longer than a cheap cable ever would.

In order to take a look at choosing the best HDMI cable and at why you should never go for £1 cables, we’ve teamed up with That Cable, a company who are ultimately in a position to preach given their previous featured ‘What Hi-Fi’ product as one of the best HDMI cables on the market.

You Don’t Need To Pay Much More

To get a decent HDMI cable which will last, you generally don’t need to spend too much more than a fiver, unless you’re wanting an exceptionally long cable. As such, when you think that for a metre long cable, you’ll generally find yourself paying just four pounds more than a budget, low quality cable from the pound shop. If you’ve just been out and spend hundreds (or even thousands) on a new TV or gaming system, what is a few quid? Absolutely nothing! Don’t, whatever you do, be tempted to go for a cheap cable because it really is the case that they’re cheap and nasty and that you get what you pay for.

Of course, in addition to this, you’ll find that when you go for budget cables, you’ve very little choice. For many, a standard 1 metres cable won’t do and it’s necessary to purchase one that’s two, five or even ten metres long. This all depends upon where your appliances and devices are located, however it’s a well known fact that cables lose quality over distance, especially cheap ones. If you’re looking for the flexibility in terms of cable length without compromising on quality (and don’t ever think of daisy chaining cables unnecessarily), do yourself a favour and pay a little bit more for a decent cable.

Last but not least, it’s important to understand that pound shop cables DO NOT last. You’ll regularly see reports online of people who’ve bought these cheap cables only to find that, 24 hours later, they’ve packed in and stopped working. This, isn’t what you want when you’re keen to spend hours in front of your new console or TV!

Above all, for often just a few pounds more than a budget cable you can get yourself one which will ultimately last and, in addition, offer an optimal level of picture performance…who can argue with that? We certainly can’t!

Unearth The 3 Key Elements To A Data Centre’s Infrastructure

How to Use the Windows 8 Camera App