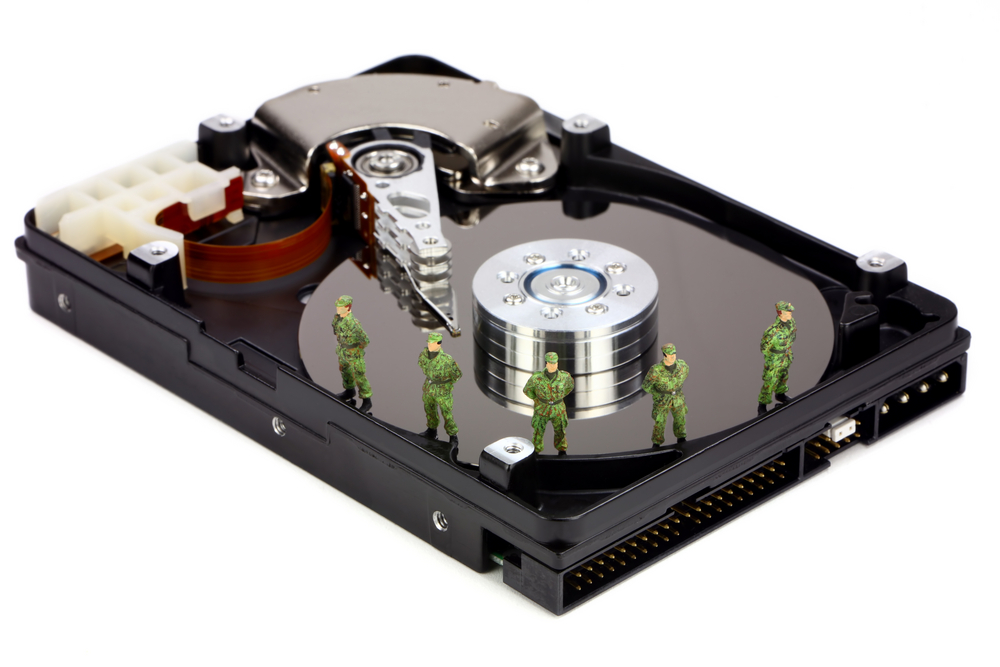 Only 15 years ago, a good PC was lucky to provide a 3GB hard drive. Now, mobile phones have three times that amount as standard. While it may have been £25 for a 256MB flash drive in 2004, you can get 20 or 30 times the storage for the same price – and delivering higher speeds – from an even smaller piece of technology on your keyring. It’s not just because of advances in technology, either – it’s simple demand.

Over the last couple of decades, we’ve experienced a huge demand for more space. The explosion in popularity of the MP3 format in the late 90s led to huge music collections going digital, while the AVI and MPEG formats created a boom in video content. As technology gets greater – most recently, with the advent of HD – so does the need for storage. Now that most of us are “always on” – the internet, that is – the focus of storage has changed. So, what’re your options when you’re browsing hard drives at Ebuyer or cloud options from Dropbox? Here’s a quick, clear run-down of what to expect.

External hard drives have come on in leaps and bounds, not least because of the advancement of USB connectivity from 2.0 to 3.0, making them seven or eight times quicker with transfers from compatible laptops and tablets to the hard drive itself. The size has shrunk, too; you can get a 1TB drive the size of a passport running USB 3.0 speeds and not requiring any external power source, meaning you can carry it in your pocket. However, one faulty part and these can crash for eternity, leaving you high and dry. While it’s quite rare, it’s happened to a few people before, and you never want to bethat guy.

However, with SSDs, there are no moving parts. While they’re altogether more expensive, the transfer of data is near-instant. In fact, SSDs are being incorporated into high-end Ultrabooks to make them faster and sleeker – if you have the cash, this extremely dependable option is great for your storage.

Flash drives are about as ultraportable as it gets, but at a cost – you’ll find it difficult to get more than 64GB on a USB stick, and even if you could, why would you want to carry around that amount of data on something so easy to lose?

Another option that’s often overlooked is the humble SD card. Now almost exclusively used as a means of storing photos, the faster-speed cards used for high-end SLRs are pretty great to keep information on. Again, they’re easy to lose, though they’re usually cheaper than USB sticks. You’ll need a card reader, though – then again, you can see them in pound shops here and there.

People are only starting to trust cloud storage as a means of getting their data, and while the recent revelations regarding the NSA’s spying techniques in the US may put people off leaving their beloved information on the internet alone, it’s a fantastic back-up to have.

Major services such as Dropbox, Mega and Google Drive all have different selling points; all are free up to a certain number of GB, but each can offer a number of clever little bonuses – hourly or daily back-ups, for example, so a document can be recovered as it was at any point since its initial creation. They’re clever little offerings.

A number of other major players from traditional technological markets have also entered the game, most notably Microsoft and its SkyDrive package. Now, those people with Windows 8 and other products such as Office linked to their Microsoft accounts can have automatic and free back-ups of any documents they create, free of charge. It’s perfect for people getting smaller, more compact computers; less data stored means more room for valuable programs and software

Ultimately, your commitment to data storage depends on a number of factors – how important it is to you, for example, or the frequency of you accessing it. Still, given the relatively low cost of both physical and cloud options, and the chance that one may be inaccessible at one time or another due to a lack of internet connection, or a failure of physical parts, it’s important to have both levels in place for particularly important things.

How To Hire The Best Offshore PHP Development Company?

CFD Trading and Managing The Risks

How to Buy the Right Apple iPad for You?

Shopping For iPhone Online – Know The Basic Facts Before Buying