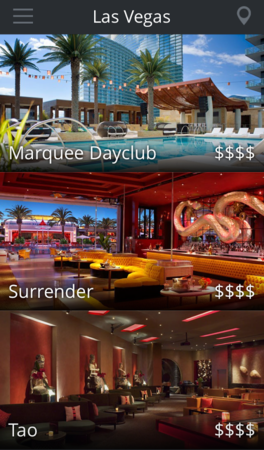 If you’ve got any good plans to head out for raves and enjoy the nightlife at top venues in Vegas, LA or Washington D.C, don’t miss out on the chance to use last year’s top mobile app for disco events, Discotech. Available on iPod, iPad, iPhone and practically every android phone, the disco-based app helps users get bottle services, e-tickets to events and reservations to nightclubs.

Users can search for various club venues located in major U.S cities including Los Angeles, San Francisco, Washington D.C and Las Vegas, where it is available for free download. The app also went live in Miami last month and is due to be launched in New York City later this month with the aim of actively expanding in all major cities in 2015. It was made after a real-life experience that CEO Ian Chen had at a nightclub in Las Vegas. After negotiating with online club promoters for a table, Ian and friends ended up paying double the price at the club, as reservations were paid on the spot. This was a serious problem for many club visitors. Ian searched for a good service that would overcome the miscommunication on the app store, but nothing related to the issue was found. He decided to create his own app which became an instant success in 2014. In order to promote the resourceful app, Discotech held an Android launch party at the Playhouse nightclub in May last year.

Don’t Head to the Club before Checking it

When mood comes and you decide to move out of the house for a nightclub scene, do check in to Discotech to see if you can make your night any better. The app offers bottle service at more than 40 clubs in Vegas and LA and more than double of that in all the major cities combined. You also get to bypass the long queue at the entry point by using the guest list service, discover what’s happening in all available cities and buy pre-sale tickets for the event. Using more of the service gets you loyalty points and if you have enough, you can trade the points for a bottle or two of champagne. It’s true to say customers like to get free stuff for their loyalty to service provider apps, but Discotech seems to reward customers with free champagne bottles and merchandise mainly to track customer spending patterns. The app company is able to track all purchases made by its customers via its mobile app. A few user interfaces and service enhancements were also made for better quality service of the app. A useful offer from Discotech, that its competitors fail to provide, is the exclusive option that allows users to purchase pre-sale tickets. Users avail the opportunity to buy nightclub tickets and sign up for free guest lists. Although bottle service produces great deals of profit, tickets and guest lists allow the Discotech team to serve and assist a larger customer base. 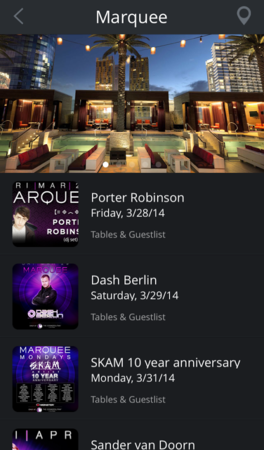 Look for your Favorite Spots

The best thing about Discotech in terms of locating clubs is that it is resourceful in discovering top spots all across the U.S. If you’re new in town or simply visiting different places, you just got to log in to see where the nearest nightclub is. Over the past year, developers working on the app have added more spots to the list and users are just a tap or click away from their weekend spots. The information for the nightclub’s location is however slow to load and the app definitely needs to add more U.S states and cities to have a long-lasting impact on users. The app service is striving to broaden the options available to its users. For every club venue available on the app, the team has relationships with a working individual who coordinates with Discotech in order to make customer services at the club more convenient and appealing.

Although the app was built in San Francisco, it was also launched in LA because of its strong and popular nightlife scene. Las Vegas on the other side was an easy second stop because it is the largest nightlife market in the country; SF and DC were chosen primarily due to personal connections of the CEO with the cities’ club owners. The most common use of Discotech is the guest list service, for which Discotech receives lots of customer feedback. There are guest lists for so many venues in LA, Las Vegas and other cities that have saved customers time, head-ache, and money. Android and Apple users have welcomed the app as part of their Hollywood nightlife due to its in-app ticket purchasing service. Discotech holds a 4.5 out of 5 stars rating according to Discotech download page on Google Play Store.

Everything To Know About NPR Certification Program