How Smartphones Have Become More Popular Than LaptopsPosted by SuccessbloggerOn July 16, 2013 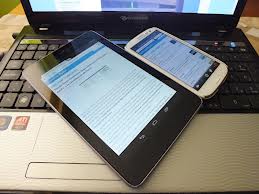 Several years ago, smartphones were still a rarity: new, expensive and rather unusual devices. At that time, using the internet on your laptop or netbook was considered the epitome of mobility – few people were thinking about surfing the web on an even smaller device. But things have changed considerably. Nowadays, smartphones are no longer the exception but rather the rule; the concept of mobile internet use has shifted and now implies answering your mails or networking on a gadget that can fit into your pocket.

2011 was the first year in which worldwide, smartphone sales exceeded computer sales, with shipments growing by an impressive 63 percent according to mashable.com. The smartphone’s rise in popularity was certainly not expected when the first models were released on the market. But, taking a closer look at what consumers really want from a device, it is anything but surprising.

Stronger operating systems and constant bug fixes ensure that smartphones become better and faster with every single update. Producers are well aware of the market’s demands. Step by step, their phones are starting to resemble small laptops in power and functionality: BlackBerry recently started selling phones sporting their new operating system BlackBerry 10, and Apple’s new iOS version is due to be fully released this Autumn.

Accessing the internet is definitely made easy on a smartphone – custom-made applications are adapted to individual operating systems. There is an app for almost everything, and using it is just a matter of a few clicks. By having every application you need easily accessible on your smartphone desktop, you save time – no need to search for the right website and then follow the often complex login process. It is no wonder people prefer to answer their emails on their BlackBerry smartphone or use Skype to call friends and family while on the road.

Smartphones are also getting cheaper. Meanwhile, data-plans are becoming cheaper and more generous. You no longer have to worry that you might run out of mobile data and might actually be truly independent from Wi-Fi hotspots.

But while smartphones are obviously ideal for social networking on the go and accessing the applications customised for their respective operating system (whether iOS, BlackBerry, Android, or Windows RT), they still cannot fully replace the laptop as a powerful mobile workstation with access to more complex programs and applications. But then again, you never know what the future might bring. If we give smartphone producers ten more years to work on their gadgets’ hardware, the laptop might not only become less practical, but actually obsolete.

Five Ways To Fail At SharePoint

Product Audit In Huizhou – An Integral Part Of Factory Audit