How You Can Find The Right College MajorPosted by Admin34On September 18, 2013 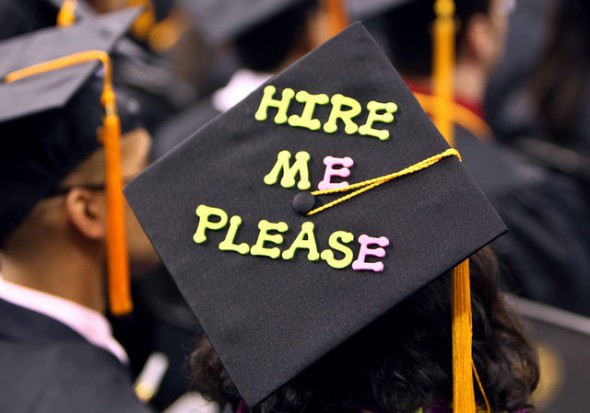 Last year, the New York Times reported that “61 percent of students change their majors by the end of their second year.” Students most often switch majors because a new field looks promising and they are beginning to lose interest in their current major, suggests a study from the office of academic assessment at Ball State University.

While it is incredible common to flip-flop between majors or simply enroll as undeclared, many students worry over the decision which will soon need to be made. Thumbing through musical guides or looking at career options for civil engineers, college students can feel unprepared and frustrated at the number of options and their own uncertainty.

But it is important to remember that the undergrad years are, in part, designed for some exploration. Eventually, a major will need to be chosen, but with the right considerations in mind, it can be alright to not know and switch to a new major. Here are some important things to keep in mind to help you find the right major.

Many students are already worried about the rising levels of unemployment before they even begin attending a university. In the current economy, the pressure to pick an employable major and pursue a field with ample opportunities is perhaps greater than it was for precious generations.

But there is an important balance between loving your field and being able to find a job. It is perhaps better to err on the side of passion than to lock yourself into a career that you already don’t enjoy. In addition, many of the jobs which the next generation will perform have yet to be invented. So it is impossible to know what opportunities will open up. However, you can prepare by developing skills and interests which you care about now.

The Pressure to Decide Early

Both career service directors and student affairs deans feel that it is important that “students should give themselves ample time to try a diverse set of classes in their first year or two of school before deciding what field most appeals to them,” says US News & World Report. Students who wait to declare a major will probably change majors less frequently because they have taken the time to try different classes and make a better decision.

Rather than succumbing to the pressure to pick a major early, students should allow themselves a little bit of time because most 18 year-olds won’t be able to say, “I know what I want to do for the rest of my life.” Darin Ford a director at Southern Methodist University says that “It’s an artful balance of synthesizing interests, skills, and personality strengths while acquiring experience outside of the classroom,” which can lead to a more informed choice in the long run.

Make the Most of General Education

You spend time researching South University accreditation and scholarships in high school, so continue to put those research skills to work as you decide on classes and a major in college. Maximize your general education requirements by choosing dynamic courses that appeal to you. The Princeton Review cautions “don’t just pick whatever’s easiest.” Instead it recommends taking compelling courses, even if they are upper-division classes, because this can point you towards your passion.

With these ideas in mind, students can make the most of their college career and use it to discover their talents and interests. And hopefully, they will also find majors before it is time to graduate.

How Do Ultra-Wide Band Radars Work and Why Are They Gaining Popularity?

Should I Buy an Inkjet or Laser Printer?