Lenovo Sets its Sights on Notebook DominancePosted by Admin34On March 22, 2013 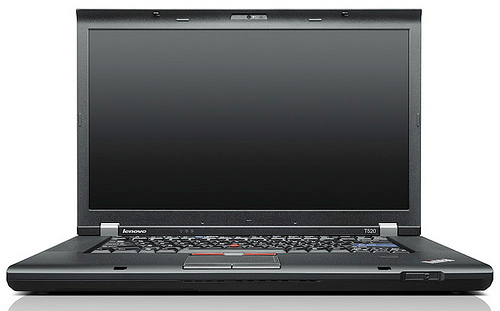 It seems strange to think that Lenovo’s notebook division only really entered the global consciousness in 2008, with the company’s purchase of IBM’s laptop division signalling its entry into this market. Now, the Chinese company is slugging it out with HP for notebook dominance, with analysts split on who will emerge victorious in 2013; most, however, expecting Lenovo to lead notebook sales volumes when first quarter results are announced shortly. The rise of Lenovo in this area has been astonishingly rapid, and it’s a success story that’s been built on smart acquisitions, product innovation and the burgeoning power of the Chinese laptop market.

For the root of Lenovo’s success though, we need to go back to that first acquisition from IBM, the purchase of the company’s global PC division. This was a complex deal which was valued at a total of US$1.75 billion and which took the Chinese company from being the world’s ninth-largest PC maker to the world’s third-largest almost overnight. From Lenovo’s point of view, the acquisition was perfect, with IBM’s ThinkPad range of laptops in particular having acquired an iconic status due to their reliability, classic black design and industry-leading keyboards. As a marketing strategy, this was a devastating statement of intent, and also served as a potent symbol of the shifting of global economic superpower status from the US to China.

It soon became clear though that Lenovo wasn’t prepared to rest on its laurels, and had much greater ambitions than leveraging the ThinkPad brand to maintain a strong market position by selling reliable, high-end business laptops to high-flying executives. This was forcefully demonstrated in 2008 when the company launched its IdeaPad range, a new consumer-focused line of notebooks that emphasized the company’s traditional strengths in reliability and simplicity and teamed them with Dolby speakers and widescreens to produce machines that were fun as well as functional. The black colour scheme was also eschewed for a variety of colour options. Oh, and it also didn’t hurt that Lenovo could put its industry-leading ThinkPad keyboard into each IdeaPad, leveraging its legacy whilst innovating into a new market sector.

The IdeaPad range has been a huge success, and has helped Lenovo to move past its image of sombre-suited laptops for sombre-suited executives and appeal to a whole new market. With equally strong business and consumer laptop lines, it’s clear that Lenovo has the sort of robust business model that equates with rapid growth, and the company’s rising sales volumes are making rivals such as HP and Dell increasingly nervous. The Chinese manufacturer also continues to innovate, as exemplified by the recent launch of its IdeaPad Yoga convertible laptop that switches from being a laptop to a tablet at a moment’s notice. It has also made bold choices in its ThinkPad range, even redesigning that infamous, iconic keyboard to make the keys larger and easier to hit, an initially controversial move that was in the end warmly received by its customer base.

As the rising star in the PC and laptops segment, Lenovo is already a name that’s on everyone’s lips, but one gets the sense that the ambitious and powerful company won’t be satisfied until it achieves total market domination.

How To Start A Gold IRA In 3 Easy Steps

Tips To Make Your Travel Successful

How To Trade On Bitcoin Now When It Is Hitting Records