Microsoft Lumia 650 The Bridge Between PC and SmartphonePosted by EditorOn April 21, 2016 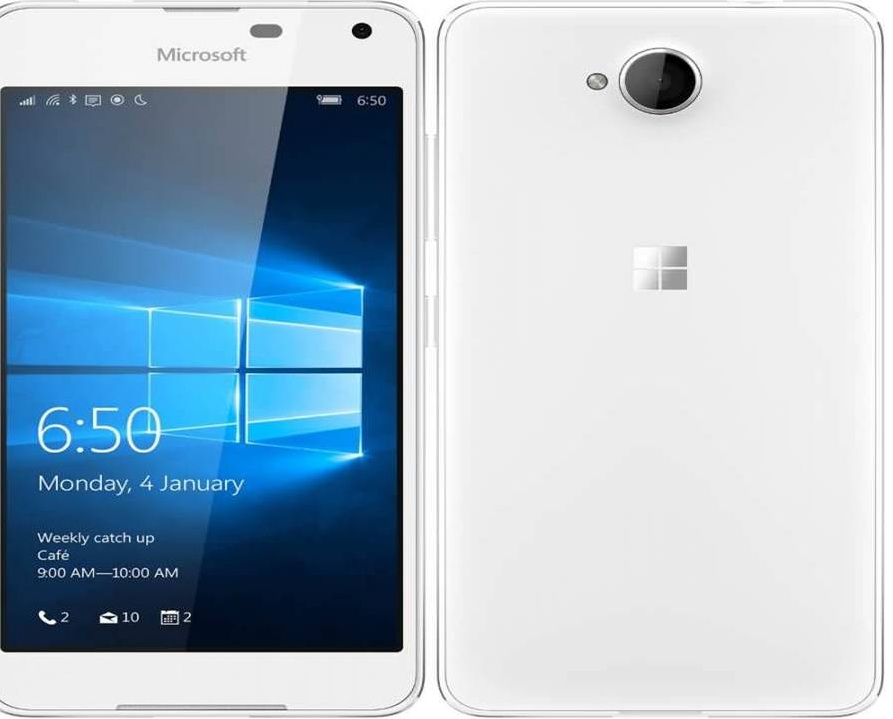 Microsoft’s tempting yet unsuccessful Windows Phone legacy has been a big disappointment for all of us. The company did put up a nice show for past few years, but allots efforts were meticulously banished by the strong and well-settled Google and Apple. Even today, every now and then, we see an improved Windows Phone, but Androids and iPhones stand out and take all the limelight away from Microsoft.

Having that said, we presume, those will be the days of past for company. Microsoft has upgraded its mobile phone range with Windows 10 and is planning a huge comeback in global scenario, even in the Asian market. The company gave a small teaser of what is to come with Lumia 950, and is promising a powerful Lumia 550 successor as well!

Touted as Microsoft Lumia 650, the elder sibling of 550 is rumoured to bring an immaculate package with good looks, powerful innards, and hefty battery life. The phone makes a decent dealt entry-level for business-focused buyers, but its key highlight will be Microsoft’s improved and highly useful services dedicated to BYOD experience!

The iPhone-inspired design of Lumia 650 is a key highlight for business class users. The device features a sleek plastic body with a metal frame, and can be easily carried like a pin in a pocket. It tips on the scale at 6.9mm, features a matte finish on the back, and looks stunning from all almost every angle. From design to ergonomics, Lumia 650 is a perfect example of a seamlessly crafted entry-level smartphone. Yes, it does not look better than OnePlus X, but the overall package is good enough to draw your attention!

Microsoft Lumia 650 flaunts a sharp, crisp, and vibrant 720p display of 5-inches.The handset comes with Gorilla Glass 4 protection on the top, and offers an impeccable visual trip without any snags or sensitivity issues. Till here, everything seems pretty normal, but it is worth noting that this is not the same display which we see on entry-level Android phones. In fact, it’s a gorgeous OLED panel. Yes, OLED!Microsoft has given an attractive proposition with an OLED panel, which endows a  lifelike visual experience with punchy colours, and inky blacks. It features fine details with extra brightness, and looks very similar to a sharp full-HD panel.

Just like the iPhones, Microsoft is also promising superb performance with weak hardware under-the-hood. First Lumia 550 and now its elder sibling, they all run on Qualcomm’s entry-level chipset with just 1GB RAM. To be more specific, the new Lumia 650 powers up by a quad-core Snapdragon 212 processor with four Cortex-A7 cores running at 1.3GHz.It features innards of sub-7-8k Android phone, but delivers top-notch performance without any lags or thermal issues.

The performance of Lumia 650 looks pretty decent, but it is important to note that this is a business-focused smartphone. So, if you’re planning on running high-end apps and heavy games on sleek and sassy handset, we’ll suggest you to look for some better options, maybe the new OnePlus X, which recently got a price cut!

The Best of Microsoft

On the software front, Lumia 650 creates an ideal ecosystem for business-users with company’s smooth and snappy Windows 10 OS. The software bundled with this handset features a much improved UI, and looks far better than Windows Phone 8 and older iterations. It features built-in security features, and works seamlessly with Microsoft’s IT platforms. Plus, one-click Office 365 setup and full integration with the several apps and services, adds more fun to the package and keeps the user connected, productive, and ready for almost anything!

Lumia 650’s software with Cortana, Microsoft’s personal digital assistant, is pretty awesome, but it is important note that this phone misses out on one of the biggest features of Windows 10 i.e. Continuum Support. The phone offers a bunch of features for BYOD, but does not allow you to turn it into an on-the-go desktop PC with Display Dock accessory.

Just like design and display, the camera bundled with Lumia 650 is not an OnePlus X killer, but is good enough to cater standard photography needs. The rear camera of the handset sports an 8-megapixel sensor with an aperture as wide as f/2.2, while the front-facing snapper incorporates a 5-megapixel sensor with same aperture size. They both work perfectly in all environments, and deliver sharp and vibrant images with rich colours and minimal noise. The results are pretty cool, but it is important to know that video capture capabilities of this handset at capped at 720p at 30fps! So, no full-HD or 4k videos to play around.

The battery packed with Microsoft Lumia 650 features a capacity of 2000 mAh, and trusts us; it is good enough to handle moderate and heavy usage requirements. Unlike a typical Android phone, Windows 10 Mobile consumes less juice, which is why a 2000 mAh battery on Lumia 650 is more than what you need. It can easily last for more than a day with a number of calls, social network on 3G, and continuous audio-video playback! It might look weak, but is an ideal handset for on-the-go users.

The beautiful design, seamless performance, and interactive software from Microsoft have made Lumia 650 perfect packagefor entry-level buyers. The device clearly cannot beat OnePlus X or Mi4, but if you’re looking for a reliable and secured smartphone for on-the-go business use, no other option can go better than this one, not even BlackBerry or a Samsung. Microsoft Lumia 650 is definitely our pick of the day, and can easily cater all your needs with smooth and lag-free performance. It’s now just the pricing of this smartphone that will define the fate of the company which is tagged at Rs. 15,800. Do the math and comparison with others and you will know which one to pick.

Is The New ‘Budget’ iPhone Really The Best Choice For Cash-Strapped Wallets?

Top Tips For Getting Into A Job As A Tradesman

Can You Trust Online Ads For Houses To Buy?