Protect Your Body With Emf ShieldingPosted by EditorOn September 12, 2015 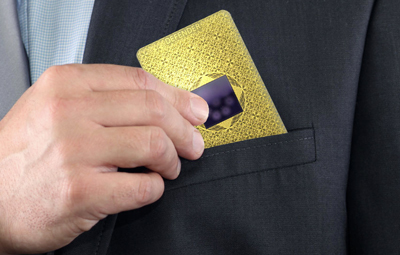 Most people are not aware that electromagnetic fields are constantly having an effect on the human body. Research has shown that electromagnetic frequencies can, under certain circumstances, can cause damage to DNA. These days, we are surrounded by technology, and much of it will give off some kind of electromagnetic radiation. The problem is, as we are not able to see this radiation, nor its effects on the body, it is either unknown to the general population, or those who do know choose to ignore it. Thankfully, EMF shielding is a device that can lower the risks.

So, what exactly is EMF Shielding? Every electronic item which uses electricity, will produce a magnetic field, the size of which depends on how much electricity is being used. A TV remote control for instance, hardly puts out any radiation. A cell phone on the other hand is the opposite. Although these phones only use a battery to power them, they do need to use high levels of energy in order to connect to cell towers, Bluetooth and WiFi networks. The more distant the phone is from these, the more power it has to use in order to remain in communication.

Some people will only switch on the WiFi and Bluetooth when it is required, but in most cases, the cell phone needs to be continuously connected to a tower in order to send and receive calls. This function is only normally switched off during an airline flight. When looking at the signal strength bars on a phone, the higher it is, the less power the phone is using to stay connected. This means that the electromagnetic radiation it is producing will be at its lowest. However, the fewer number of bars that show, the higher the amount of radiation it gives off.

Thankfully, science and engineering have come to the rescue for those people who wish to take steps to protect themselves from EMF. There are now EMF shields available that help to reduce the amount of radiation that the body absorbs. These are available in a number of places, and are very affordable. There are also shields that can be used on laptops and other electronic devices. It is the cell phone which is likely to be the most dangerous though. People put these against their ears without a second thought. And that means that the EMF is next to their brain.

It is possible to minimize the risk without a shield, such as making use of a speakerphone or hands-free system. Keeping the phone in a bag away from the body. Old habits are hard to change, though, and it is not long before people return to placing the cell phone next to their ear again. This is why the best solution is an EMF shield, as no changes to how the phone is used are required. The shield will protect the cells in the body from the radiation, and this in turn stop DNA damage, which can lead to certain types of cancer.