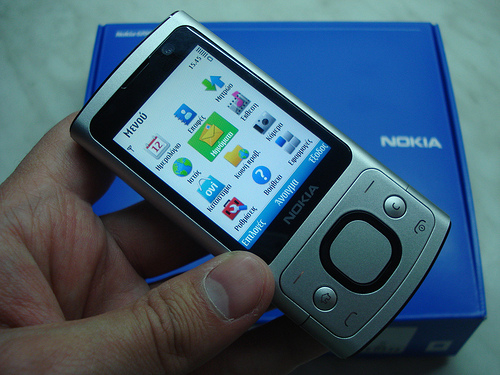 Often, manufacturers use the same model numbers for phones that are fundamentally the same, but which perhaps have a faster processor than their predecessors, a new connectivity option or more onboard memory.

But the Nokia 6700s are more than just different generations in the same branch of the Nokia family tree – in some cases, they are true siblings who sit alongside one another in the brand’s genealogy.

The Nokia 6700 Classic was launched in 2009 and came as a sleek and stylish handset option with the usual keypad layout – letters abc on key 2, def on key 3, and so on. 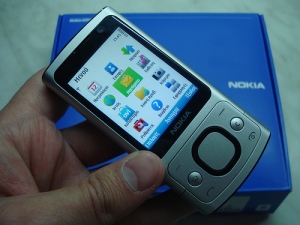 It had plenty of the standard features you might expect to see at the time, which help to make it possible to sell a Nokia 6700 Classic quite easily to this day, including a five-megapixel camera and built-in navigation with maps.

Was it the first model to bear the 6700 designator? Yes, but it would be wrong to view the Slide as a direct descendant – and here’s why…

As its name suggests, the Nokia 6700 Slide was a handset with a concealed keyboard that slid out from below the screen, allowing it to take up less room in the owner’s pocket.

With the keypad extended, it shared a certain amount of its look with its predecessor, the 6700 Classic, but the Slide did not launch until a year later.

In terms of features, it was less about businesslike functions, and more about early smartphone-like functionality; web browsing, email, and 3G connectivity.

Nokia had the right idea in trying to fit smartphone functionality into a compact form factor, but they had already lost the race to Apple’s iPhone, and the 6700 Slide would never truly find its place in the modern market.

Although it carried a 67xx model number, this was a follow-up to the earlier Nokia 6210 Navigator, and provides onboard GPS maps with no long-term subscription costs; it was the fourth in the Navigator series.

Ostensibly a follow-up to the 6700 Classic, the 6720 was less formal-looking, but with many of the same features.

A last hurrah for this particular product family, the 6730 Classic again simply updated many of the existing features of its predecessors; however, it was not the final handset to be numbered 67xx by Nokia.

The Slide made one last comeback, in summer 2009, and this time its keyboard was a full QWERTY one that slid out landscape-style, rather than with the phone held in a portrait position.

As a casual trader in second-hand mobile phones online, I’ve had plenty of cause to sell a Nokia 6700 Classic or Slide over the years, and am continually impressed by the continued demand for these stylish handsets.

10 Sure Principles for Effective Web Designing

Top Benefits Of Using Print Marketing For Your Tech Business