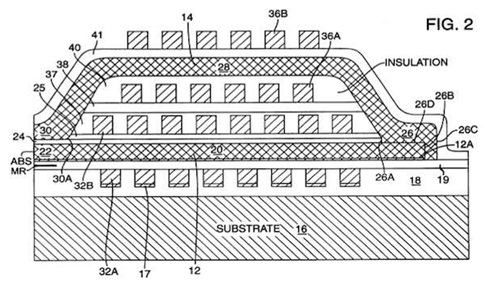 Rembrandt IP Management is a company that focuses on managing and achieving fair value for patents that have been infringed. It claims to have two endearing patents that change the face of the entire hard drive industry in the United States. Today, Rembrandt has launched a suit in federal court against Western Digital and Seagate, accusing them of violating a couple of patents that Rembrandt had bought from an inventor named Uri Cohen.

Seagate and the Western Digital are manufacturers of a multitude of renowned hard drives and related products; they are also the leading giants in this field. However, Dr. Paul Schneck, chairman of Rembrandts claims that the patents violation covers the bulk of their retail products. The complaint lists Seagate’s Black Armor, Barracuda, Savvio, Momentus, Expansion, SV35, DB35, Constellation, Free Agent, Replica, Pipeline, and Cheetah disk drives as products breaching the patents. While Western Digital’s well received My Book line, My Passport, Elements, Caviar, ShareSpace, Scorpio and RE3 are among the offending hard drives.

Given the list, that is quite an amount of hard drives, and considering how the hard drive market of the US  estimates around $12 billion per year, and both companies play a huge part in this market, Dr. Schneck isn’t sure how much Rembrandt will demand in penalty fees, however  he did mention a reasonable fee will be attained.

What is the value of this?

Coming to the bone of contention, the patents themselves; these basically cover a magnetic interference minimizer through low noise and thin film read and write heads that are toroidal. These are key components for high capacity hard drives as with increased storage density the noise and interference levels become more significant.

In1997 these patents were filed by Uri Cohen, an inventor of Californian origin. He had become suspicious that the hard drives of Western Digital and Seagate were being designed with the layout of his work sans his consent or any form of compensation. Though he had his own investigation underway, he was unable to get far due to financial issue as well as the inability to secure licenses, therefore he decided to have his patents sold to Rembrandt who had both the money and experience to launch a costly lawsuit.

Rembrandt then had an investigation of its own following Mr. Cohen’s allegations, and Mr. Schneck agreed that there was indeed a breach of patents; hence the charges were filed in Wisconsin, without approaching either hard drive company. The reason for choosing this venue was because the court here handles cases with efficiency, as it is well experienced in litigation of patent cases. In addition, it is a convenient location for all parties involved and their witnesses.

Google Adwords 101 – How to Get Started with Paid Search

Hyundai Verna: The Sedan With Style

How To Improve Your Career Prospects?