Student’s living their dreams of pursuing a degree overseasPosted by RekhaOn August 26, 2013 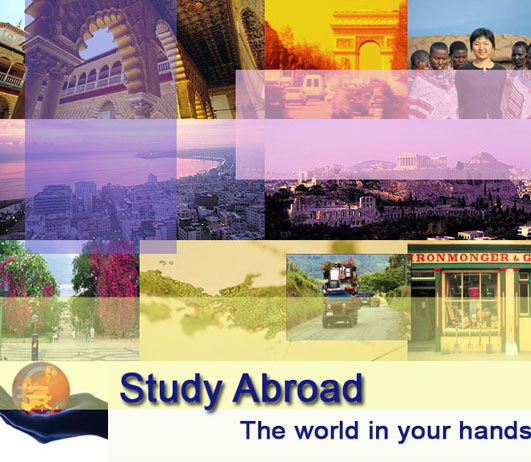 With the sky rocketing fees in the United Kingdom, many undergraduates are increasingly seeking for other establishments of higher education worldwide so as to achieve their dreams and attaining a degree from abroad is now no longer an impossibility. In case you are one of those people who desire to study in an exotic environment  surrounded by warm weather and unfamiliar culture, there are very many opportunities that exist allowing you to study in almost anywhere in the world. There is also plenty of advice that is available to help you find the right course.

Statistics from Organization for Economic Co-operation and Development shows that about 22,000 students from the UK went to study abroad in the year 2011. Although this is just 1.7% of the total students in the UK, the number of the students  going to study abroad is increasingly rising. In a survey conducted by Education Consultancy Prospect on 500 undergraduates and high school leavers revealed that 24% planned to study abroad.

With the UK university tuition fees increasing to a total of £9,000 per annum, many British students are being forced to attend university overseas. The comparison between the tuition fees in UK universities and other overseas university is quite startling. The Technical University  of Munich, currently ranked position 54 in the world has an annual tuition fee of £1,000, the École Normale Supérieure based in Paris has an annual tuition fee of  £640 and the Lativa based Riga Technical University charges  £1,205. In some countries such as Germany, Austria and Scandinavia, one can even study for free.

On the list of some of the most popular overseas destinations for the UK students is Netherlands whose universities have been enrolling the students by enticing them with 200 courses for undergraduates which are offered in English. Some of these undergraduate courses include medicine, law, arts and culture and business, offered at the Maastricht University.  The university has a team of teachers and students from the UK who are tasked with taking care of applicants from the UK from the time they make an inquiry.

However, the USA is the most popular study abroad destination for the UK students with 9,000 undergraduates and postgraduate students from the UK studying there in the year 2012. HSBC indicates that the university fees in the USA can be around  £20,000 per annum although some of the top universities such as Massachussets Institute of Technology, Havard and Princeton can have annual fees of around  £40,000.

Snappgrip for Smartphones Goes Into Production