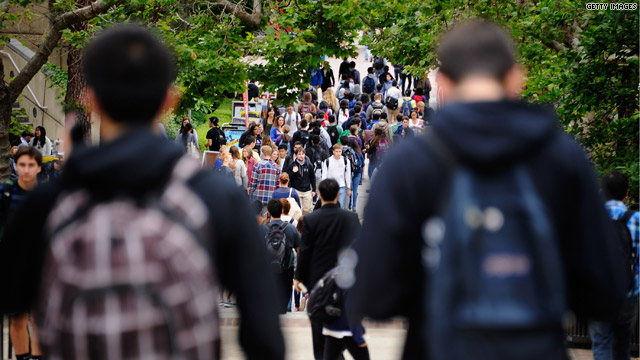 According to a research that was conducted by the Indiana University, students who never had to worry about debts were more likely to be lively and they engaged in partying. The study concluded that these students without debts spent little time in studying and invested most of their time in partying, extracurricular activities and their social lives. The students were also found to have large networks, forming relationships which survived even after college.

In a new release, Daniel Rudel, a graduate of sociology at the Indiana University and one of the researchers, said that the patterns found from the study were likely to affect the networking and the social connections that the students developed during their time in college. These relationships could result into marriage, employment, friendship and other benefits. Rudel conducted this research together with Natasha Yurk, another graduate student in the Indiana University department of sociology. In the research, data from the National Longitudinal Survey of Freshmen, which is based at the Princeton University’s office of Population Research, was reviewed. This data included responses to surveys from 28 institutions of higher learning in the USA that had been selected.

According to a recent survey conducted by Sallie Mae-Ipsos Public affairs, many parents are now footing a lesser portion of the college tuition bills than they earlier used to. As a result of this, the college students were now relying more on the loans given to them as their 3rd most common funding source. The majority of the students also resulted in part-time jobs in an effort to earn some income.

From the survey conducted by the Indiana University, Yurk and Rudel concluded that the students with student loan debt could be identified in one of 2 categories: the serious students and the disengaged students. The serious students had a tendency to spend more time in their studies, join the students’ organizations and party less. Disengaged students on the other hand spent less time on their studies or any other college activities. According to the researcher, this was because they viewed the debts to be a liability. In a story on the Indiana University study, Insider Higher Education reported that the greater the debt a student had, the higher the chance was for that student to be categorized as a serious student.

Even though some students with the student loan debts were less likely slough off their school work, the 2 researchers for the Indiana University study were cautious so as not to suggest that the loan debts was a good thing for the students. While speaking to speaking to the Insider Higher Ed, Yurk said that they were not suggesting that the student loan debt was a good thing. She further said that they would never suggest that students have to take the loan. The 2 researchers, Yurk and Rather, said that their research just showed that some of the students with the loan debts were missing out on some of the typical experience of the college.

How to Keep Consumers Engaged During the Retail Sales Slump

From Hobby to Profits: 5 Products to Sell on Etsy

The Undeniable Benefits Of Hydration For Students

Web design for the visual arts