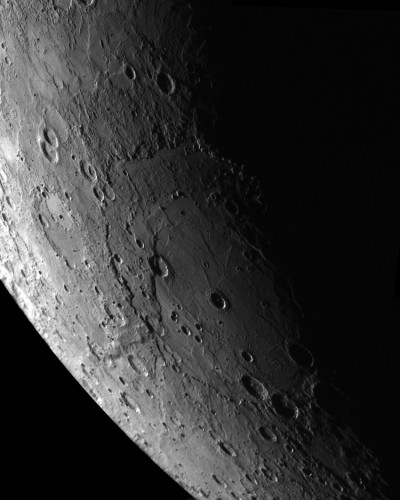 Getting kids interested in the cosmos isn’t hard, in fact it’s rather easy. In most cases, it just requires some cool tools to make some killer demonstrations that will amp kids up and get them motivated about space, just like the previous generation was. Check out some of these tools, both educational and just for fun, that can be used to both inform and excite kids about space.

There may not be a much better way to get kids interested in space than to set up a miniature rocket at the local park and see eyes light up after liftoff. Kids can do everything from building the rocket to designing the exterior, and they can learn a lot about trajectory and physics if they’re old enough.

If the kids are older, using a portable hand held indicator to measure the rocket’s torque, load, and pressure can be a great educational experiment that everybody will enjoy. If you aren’t interested in purchasing a more advanced rocket, you can even create a rocket using a bottle and a bike pump to provide pressure.

Sometimes all it takes to get kids stoked about space is an understanding of how vast the universe is. Do that by getting a star theatre, which will no doubt spark some interest in the cosmos. Star theatres project the major constellations onto the walls and ceilings of dark rooms, and include the stars and connecting lines of the constellation.

Most star theatres allow adjustments to accurately display constellation locations depending on the season, the date, and the time. You’ll be surprised just how quickly the kids using the star theatre are able to learn the constellations, and then go outside and identify them on a clear night. In addition to being a great educational tool, a star theatre is very cool because you can sit in the dark room, stare up at the constellation, and relax.

Sometimes all you need to get kids excited about the stars is a good old-fashioned telescope. Combine a telescope with a star theatre, and kids will learn where the constellations are and how exactly they can find them in the sky. You don’t need to invest thousands of dollars in an advanced telescope to get one with cool technology, and in fact sometimes the simpler is better.

Some telescopes have features that let you find stars, meaning you can type in which star or celestial body you’d like to view, and the telescope will move it for you. Kids will become fascinated with finding different space objects through the telescope, and love the technology that goes into being able to see such far away things.

Ecommerce is a Great Way to Do Business

Who Can Benefit from SAVE Training

Backing up your data in the cloud

What Is Google’s End Game For Fiber?