You are Crazy If you Haven’t Switched To LED TV YetPosted by Admin34On March 15, 2013 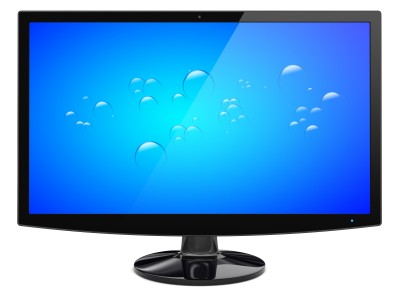 If you pay attention to the latest market trends or simply bother to watch commercials, you may have noticed that LED televisions have received quite a bit of attention lately as far as televisions go. Whether you’re planning on purchasing a new television in the near future or are simply curious about what all the hype is about, you’ll first need to understand the basic differences between modern television technologies. Read on to discover how LED, plasma, and LCD televisions work and why you should or shouldn’t buy an LED TV.

Before we look at LED televisions, you need to understand that LED televisions are actually LCD televisions with a new type of lighting system. LCD televisions use channels to direct electricity to the monitor in varying amounts in order to produce different colors. LCD televisions have been on the market for decades, but recent advances in transistor technologies have allowed them to be made smaller and flatter, which is why televisions in general have become better looking and more versatile over the past few years.

However, LCD televisions don’t produce any light by themselves, so they need a backlight to illuminate the colors that are produced in order to create a good picture. While previous models of LCD televisions have used fluorescent lamps to produce the backlight, newer models use LEDs (Light Emitting Diodes) to illuminate the screen. True LCD televisions that are still on the market are simply the older technologies that use fluorescent lamps instead of LEDs. The advantage of using LEDs instead of fluorescent lamps is that LEDs don’t contain as many harmful chemicals, such as mercury, as fluorescent lamps do and are much more energy-efficient. These two benefits combined make LED TVs a very eco-friendly option, but come at the cost of being marked up on their price simply because they are the latest technology available.

In contrast, plasma televisions pass electricity through bulbs that are filled with positively-charged gases to create extremely vibrant colors. Because these colors are produced directly by the gas-filled bulbs behind the monitor, they don’t have the delay involved in directing electrons through channels and, therefore, are capable of keeping up with the fast-moving films without blurring. However, they do contain mercury and other harmful chemicals and use the most amount of electricity out of any other television technology in order to create the plasma-generated colors. Despite this fact, they are considered to be the best technology on the market today in terms of color vibrancy, depth perception, and size options.

For consumers who are more in touch with the environment and the economy, an LED television provides the best “bang for your buck”. With this in mind, there really isn’t all that much difference in the three technologies besides over-inflated claims by manufacturers and retail outlets. If you’re looking for the cheapest option available, get an LCD TV. If you want the best image quality possible, go with a plasma television. If you want a combination of these factors in addition to an eco-friendly conscience, purchase an LED TV.

Chris White is head buyer for an electronics retail chain in Melbourne. He spends most of his hours testing new gadgets and home equipment before deciding which ones to carry in the stores. He is currently on the lookout for a tv that’s ultra hd.

Explore Your Career Option With The Help Of Executive Diploma