The Apple Worldwide Developers Conference 2013: Rumors and SpeculationsPosted by Admin34On May 16, 2013

The Apple Worldwide Developer’s Conference will take place between June 10th and June 14th of this year in San Francisco, California. It’s designed to help developers by giving them hands-on labs with more than 100 sessions. There are a lot of rumors going on about what new developments are in store for Apple products this year. While everything is obviously still in a very tentative stage, with very little being actually verified, there’s certainly a lot to speculate about. 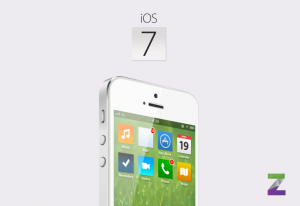 In recent days, there has been a lot of speculation about the new logo for the Apple WWDC. For the most part the logo does not tend to get very much press, but this year is different. The logo is very colorful, with a purple background, a reddish border, and green, yellow, blue and pink framing colors. The rounded corners of the frames seem like iOS apps. Some people are speculating that this means that the app design might change.

Other rumors about what might be coming out at the conference evolve largely around looking at this logo. Some say that maybe this means that there will be a slew of colored iPhones this year. Others have gone so far as to say that maybe Apple will release some kind of Apple television set.

There is not really a lot of info to be had here, but it will certainly be exciting to see what new innovations Apple might have for us this year.

Other rumors say that iOS 7, the OS that will be on this year’s iPhones and iPads may be moving in a completely different direction than pat versions. There have been a few anonymous sources that claim that the design will be extremely flat. Comparisons have been made between the new iOS and the Microsoft Metro style, which is very flat in that it has just simple blocks of color and typography which is extremely clear.

The speculation is that this new approach might make it much easier to access features in the OS, such as wireless internet or other settings than in previous versions where they were buried in subsettings. But even though this would be a noticeable change, one thing Apple has said is that they want to make sure that the design is still close enough to previous incarnations that it won’t confuse any old users. After all, Apple has made their reputation on easy use devices. The kind that are intuitive and that you can just pick up and use right away, so they are obviously going to want to make sure they don’t get too far away from the Apple business as usual.

This lends additional controversy to another rumor that the iPhone may lose its home button or have some sort of radical change to the home button in the new version, since at the very least you know that Apple is going to want OT make sure that no one gets confused in between the versions.

Top 5 Tablets for the Kid in Your Life

How to Choose the Right Mortgage Brokers

Choosing Processor For Your Gaming PC