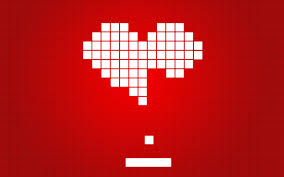 It seems these days that everyone is playing video games! Operating systems like the new BlackBerry 10 or the iOS 7 make it easy and fun to play games on the move while on your smartphone. But, are there health benefits to gaming?

This article will discuss some of the health benefits of gaming and found by independent research institutions in the USA, Canada, and Europe.

Studies from the American Pain Society have shown that gaming can provide people with relief from both chronic and acute pain. When an individual becomes fully immersed in a video game, they often experience an analgesic benefit. This occurs due to a change in focus. Rather than focusing on the pain, the individual focuses on the game. While the full reason for this remains unknown, it is likely due to the multi-sensory gaming experience that modern technology can engender.  This has led to an increase in virtual reality distraction (VRD) during painful procedures for children. During studies which measured increased pain tolerance, the highest tolerance occurred when the player was fully immersed, such as when they were wearing game-enabled video helmets.

Video games may also one day be prescribed to fight emotional and psychological ailments such as depression and anxiety, as games have been shown to improve the mood in players in a study by East Carolina University in the USA. In addition to medication and therapy, game therapy seems possible in the future, with tablets like the iPad or the Blackberry PlayBook being utilized not just for entertainment but also for health. Mobile devices have increasingly been seen to cater towards gaming. So much so that even the latest BlackBerry 10 OS was designed specifically to optimise both gaming and enterprise capabilities. Why not try gaming on a tablet yourself and see whether playing Angry Birds stabilizes your mood at work!

Frequent video-game playing can increase the speed of accurate decision-making. And the games that have the most effects? Action-based video games, which provide a strong sense of positive motivation, which in turn leads to increased skill in decision-making. Gamers have a faster reaction time both in and out of the game, with people who play action-based computer games able to make accurate decisions 25 percent faster than those who did not game. Researchers at the University of Rochester in the USA found that frequent players were able to focus on six different things at once without confusing them, while the average non-gamer could focus only on four.

Gaming allows you to practice intricate hand movements repeatedly, a skill that has come in handy for many. For instance, one study measuring the dexterity of surgeons has shown that those who played games were 27 percent faster and made 37 percent fewer mistakes than those who did not undergo exercises of dexterity.  Improved hand-eye coordination, better reaction time and increased dexterity are things we would all like in our medical professionals, and increased gaming may be one way to ensure this.

Video games also improve eyesight, according to a study by McMaster University. In other words, playing video games trains the brain to focus on and recognize details, follow movements, and recognize patterns. This has been proven to aid those with cataracts and those with lazy eyes. This result comes from the fact that the brain is malleable enough to overcome deficiencies if it is trained in the right way.

The human body has an incredible ability to adapt to and internalize stimuli in a manner leading to self-improvement. The effects of video games are an example of such a process. Manufacturers may start to develop games targeting a certain skill set, combining gaming with individual betterment. With more and more people playing video games on their smartphone (whether an iPhone, a BlackBerry smartphone, or an Android phone) or tablet, this is an exciting time for video games.

A User Review of Smart Measure 1.0.7 for Android

Pay Up or You May Face A Tax Lien

Some Cool Travel Apps That You Should Have On Your Smartphones