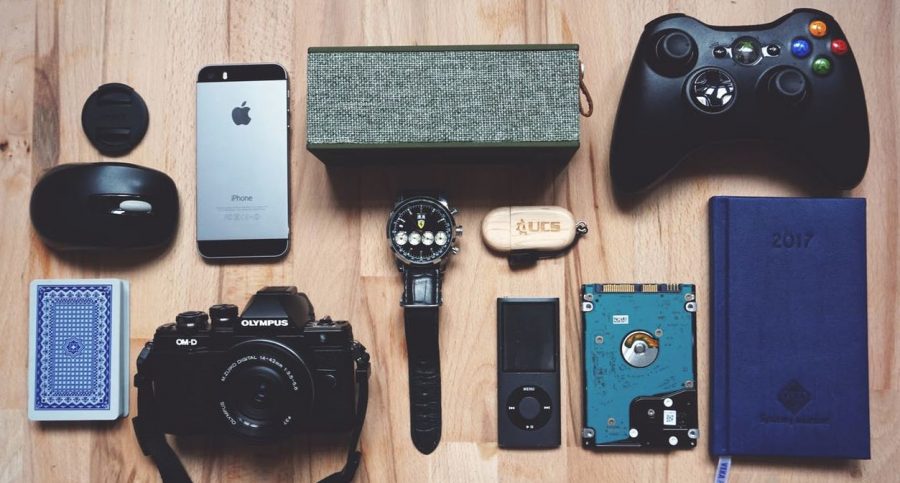 While 2017 saw the expected release of upgraded smartphones, laptops, and other releases you have likely come to expect, it was also a year for far more interesting tech. Gadgets ranging from handy to positively life-changing either hit the market or were demoed at technology shows around the globe. Whether you’re looking for a last-minute Christmas gift or want to get a jump on 2018’s tech trends, there are a few gadgets you should look out for.

While your landscaping has probably taken a backseat to shoveling and salting your walks, spring will return and bring with it the trials and tribulations of lawn care. Whether you mow your own lawn or use a landscaping service, it’s a responsibility that at the best of times is an inconvenience. Robots are already in many homes in the form of vacuum cleaner bots, but if you’re willing to invest a little you can enjoy the same convenience outdoors. Lawn mowing robots are actually not all that different than their vacuum cleaner counterparts. They use sensors to learn the layout of your backyard and mow it according to a pre-programmed schedule.

Thanks to the microwave, thawing frozen food or whipping up a quick batch of popcorn has never been easier. While there are plenty of ways to heat your food and keep it that way, the world of tech has done little for accomplishing the opposite. Thankfully, Spanish-Korean company Frigondas has a solution for when you need something frozen in a hurry. Expected to hit U.S. Markets in 2018, Frigondas has a new microwave that also comes with a built-in flash freezer capable of freezing foods quickly, thereby preventing the formation of ice crystals that ruin fresh food’s flavor and texture.

Robot vacuums are nothing new, but for such a useful piece of tech there’s been little in the way of innovation outside of becoming more affordable. Whether you have a Roomba or some other model, these devices have the inevitable problem of getting themselves stuck or knocking over obstacles. Enter a new approach from Neato, a robotics company founded in 2005 and based in Newark, California.

Neato Robotics has revolutionized robot vacuums with one simple feature: you can program them to avoid certain areas of your home. Whether it’s your dog’s food bowl or hazards stored under your bed, Neato’s D7 comes equipped with an app that maps your home’s floor plan, from which you can set certain areas as restricted.

While the holiday season is a time of feasting and merriment, for those who struggle with alcohol addiction it can present a veritable minefield of temptation. Portable tech for managing blood pressure, blood sugar, and other monitoring is commonplace, and Soberlink is doing the same with their breathalyzer devices and software.

The company set a milestone for home breathalyzers by being the first device of its kind to receive FDA approval for medical use, setting it apart from less reliable or scarcely practical home breathalyzers. Their devices also work in tandem with facial recognition and cloud storage, enabling it to verify the identity of the individual using the device to prevent misuse and subsequently storing test results for accuracy. You might look into Soberlink reviews if you’d like to learn more about this device.

If you followed international news at all this year, you’ll likely remember reports out of Delhi, India reporting significant air quality issues. The city’s pollution was so intense that a day spent wandering its streets was equivalent to inhaling two packs of cigarettes. Air pollution can have profound health effects both immediate and long term, making the ability to track ebbs and flows in air quality absolutely indispensable. Amazingly, Plume Lab’s Flow device does just that. The wearable tracker tests for levels of nitrogen dioxide, particulate matter (PM2.5), volatile organic compounds, and ozone, along with humidity and temperature.

Self-driving cars, delivery drones, and other tech may be exciting, but it lacks the immediate perks and fun of personal gadgets. From smart kitchen appliances to wearable health trackers, 2017 has been an exciting year in the world of handy gadgetry, and there’s no telling what 2018 will bring.

Advantages and Disadvantages of Having a Credit Card on your Phone

Long-Term Effects of the Digitalisation of Manufacturing