About the Second MAC Display And Air Display For Your iPadPosted by Admin34On December 25, 2010 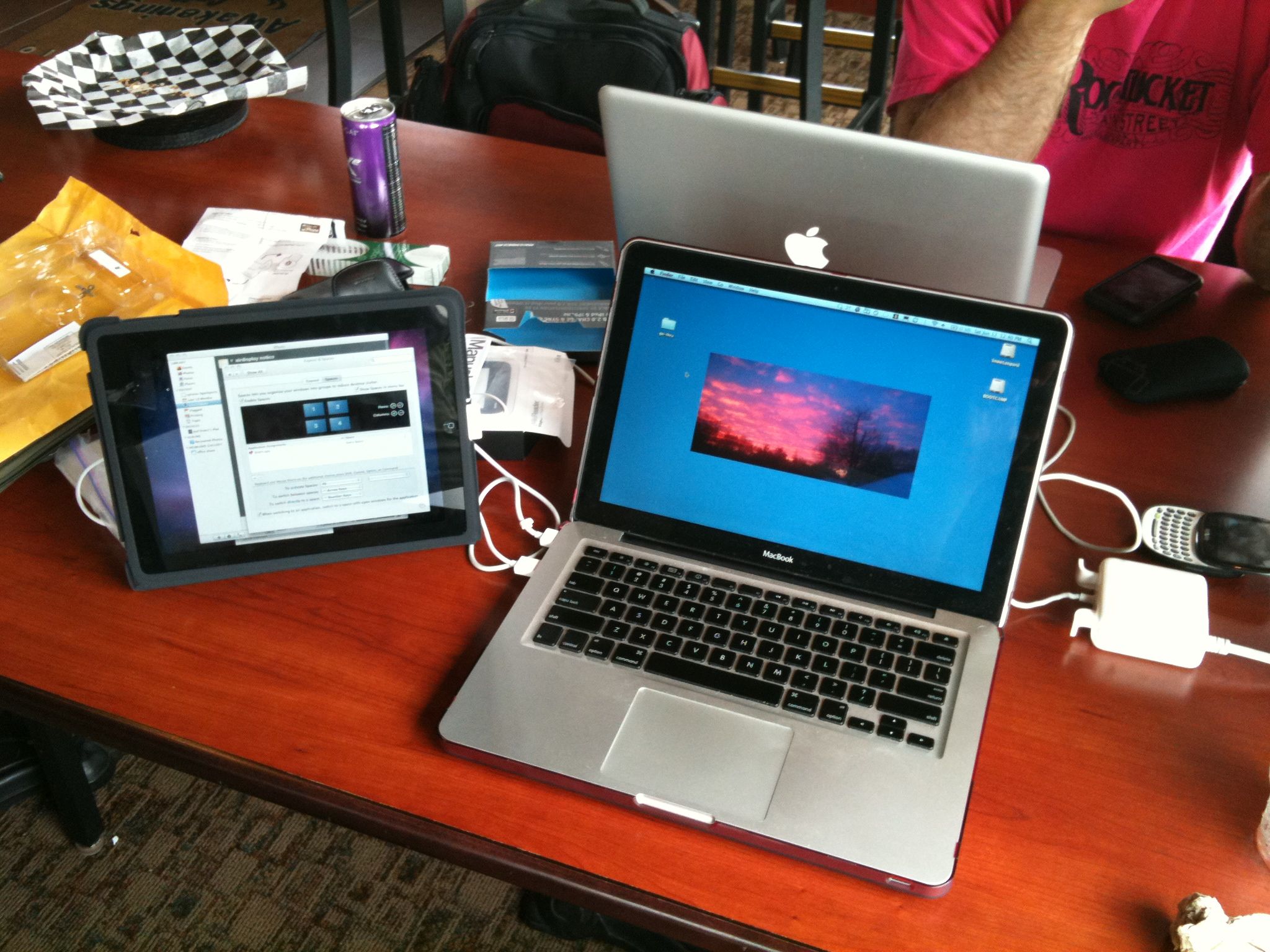 Your iPad is a great tool to use as a second display when your using your first on your MAC. The MAC II (which was introduced in 1987) has been capable of using multiple screens since the beginning. The Air Display Application was not as fun for me to hear about. It has a connection to WiFi so there was a little doubt in my mind about the application. It actually ran wonderfully when I went to first give it a try on my personal computer. I then decided to put the MAC version on my computer, so I started downloading it right away. Right away, after I re-started the iPad and watched the system convert it to a second display via my Macbook Pro. I was instantly hooked. I was actually able to pull pieces of my Photo shop application as well as pull the Safari web browser buttons on to the application as well. The Lightroom 3 (which is by Adobe Photoshop) has the capacity for a second window, so I got to use it to look at some pictures and images as well. Even though the whole operation uses WiFi which I was already wary of, it really surprised me by running like a top-notch application. On of the other interesting parts of the application is that it works with the iPad’s landscape and portrait screens. The application didn’t lag or having me waiting at all. It’s been a great addition.

Putting The Frosting On the Cake

Since the iPad is a touch screen, your MAC will second as one as well. Just like clicking a mouse button, you use your fingertips to access the information you want on the screen. Even dragging items from one end of the screen to the other s possible. The iPod Touch and iPhone have this feature. The iPhone has a very tiny screen and it almost seems worthless to use this screen because of its size. The wireless Internet will not keep it from having the Pad’d display on at all times in the second window display.

Hospitals Get An Easy Win With VDI

How To Build Your Network Security Knowledge

THE BEGINNER’S GUIDE TO STARTING A NEW BUSINESS

What Will Help You Sell Your House