My iPhone Favorites Are Now My Current FavoritesPosted by Admin34On December 13, 2010 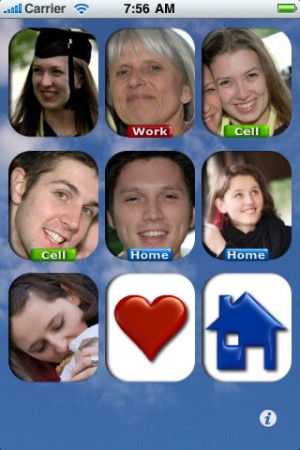 Double tapping the Home button has been replaced with having to double tap the Home button to activate multi-tasking which are new features of the iOS 4. Previously, before this change was made and when the iOS3 was out you could use the double clicking the Home button to be customized to what you wanted attached to it. I used the Phone Favorites for mine. I know other people that used ones like iPod, Search or even the Camera page. But now with iOS 4 as your new addition, you won’t really have any say in the matter. It will bring up the Muti-tasking page whether you like it or not.  So your probably asking yourself since it IS a phone….. how can you access your Phone Favorites since you can’t do it from the Home button. First, you would launch the Phone application and then you would have to click on Favorites.  Even though I really would like the Home button to access my Phone Favorites, the one upside to having an iOS4 instead of the iPhone is that the Voice Control work that much better.

Here Comes Favorites To Save the Day

Even though I have owned this application for months, I just never got around to using it. It was actually one of things updated on the iOS 4‘s compatibility and it popped up as a regular update and I thought that maybe it could be used to replace the iOS 4‘s problem. And I was dead on, it could! Since the Favorites application is just that, an application, it can be docked.  I only have to tap on the screen once for it to instantly transfer me to the Favorites screen without considering what other things I am looking at. You can use that application to save your contacts to Favorites and pick the corresponding number you want to dial them from.  So when you hit one of your contacts on the screen, it will instantly dial out to them. You can have more options like sending email or texts out to people on your list by double clicking their name. Rather than using the Favorites feature that comes with it, it’s much better to use the application. It does show on the multi-tasking bar and also supports Fast App Switching because of it’s iOS 4 compatibility. This is a great VISUAL tool to be using on your iOS 4.  Instead of using names for your contacts, you use simple pictures that correspond to the person.  When I think of talking to someone, I like to picture THEM and not their name.  This is the perfect visual aid for me since it’s the kind of thing I prefer. It’s now going to be staying on my iPhone’s dock because I think that it is a fantastic addition to my iOS 4, but I wish Apple would let us have our choices for Home back again!

Use Hard Casing
There are certain places on iPhone where the plastic cover gets thin such as the headphone jack and iPhone dock station connector.