Enroll In Foreign Language Courses To Be More CompetitivePosted by Admin34On September 26, 2013 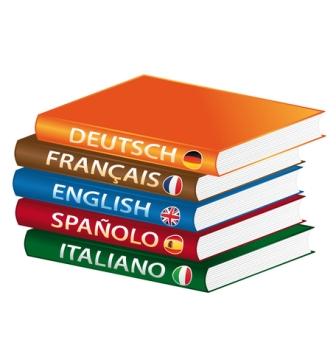 Don’t want to be an engineer? Or an accountant? A doctor? A lawyer? Educator? Writer? Maybe you want to be a linguist! If being a linguist fits your passion and personality, you might be in for an enjoyable, fulfilling and good-paying career. You can be an interpreter, translator or work in international companies, organisations or schools.

Being a linguist is a career option which is in demand and marketable. Job advertisements for engineers, accountants, doctors, lawyers, educators and writers are scattered around in newspapers, the internet and everywhere. But what if you do not have the passion and personality for these jobs? Translation, interpreting and work which require foreign language skills can be your option. They do not run out in circulation. This is because there is a continual growth in the demand for linguistically skilled employees.

With the technological advancement and economic expansion of the world, business has gone global. Language is a barrier that has continued to exist and needed to be addressed. Bridging the communication barrier is not the only business concern being addressed by linguistic works, they also break cultural curtains between country windows and doors. What the world needs are linguistically skilled job applicants. You can be one of them. With an education and skills in speaking another language, you can easily land a job and develop a rewarding career.

Whatever native tongue you speak, you can start developing qualifications for linguistic jobs by enrolling in any foreign language course. If you already know how to speak English, you can enroll in any other foreign language especially those which are in demand in the job market. These languages can be widely spoken or otherwise. The importance lie in the demand. For example, there can be a large demand for job applicants with Spanish language skills even though it may be widely used around the world.

There can be a big demand because the markets for which the different businesses are catering to are composed mostly of Spanish speakers and while it is widely spoken, not too many technically and academically qualified people apply for the jobs. There can also be languages which are minority in the globe but there is enough demand for a first few qualifiers. You can be one of them.

The bottomline is getting career advice from universities on which foreign languages have the potential. Besides, they open and offer studies on these languages on the basis of demand and marketability. It is even that there are many courses available but not many enroll to them. These language courses are created because, among others, there is demand for people with skills on them. Again, there are not too many who take up the courses. Enrolling in any of them can be advantage to you as you enter a discipline in which not many people have done so.

With any amount of potential confidence to talk and deal with other people, you can develop qualifications and a career as a bi-lingual at least. Foreign language courses build confidence in students. You become confident because of the skill that you have. At the same time, there are also personality development subjects offered together with the study of foreign languages.

Linguists, even those who know just one other language can work in the government, international businesses, education, public relations, social services, essay services and health care among many sectors. You can work as a translator or interpreter in any profession or industry you are already in. As mentioned, countries have gone global with their business, practice of profession and social activities. You can expand your portfolio and your opportunities with foreign language courses whatever discipline you can be in.

I love food. I mean I love to eat. I do not know how to cook. I also love basketball and running which gives me a healthy kind of high. I am a bank teller.