BlackBerry Bridge – What is it and how does it work?Posted by AdminOn December 19, 2012 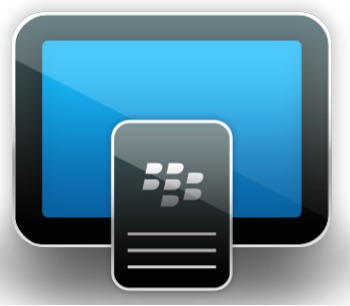 If you’ve read any recent BlackBerry review, chances are you’ll have heard about BlackBerry Bridge. BlackBerry Bridge offers something that’s currently quite unique in the world of mobile technology.  So, with this article we’re going into some depth about this new feature, to see what it offers and what’s new about it.

This idea – the sharing of content over hardware devices – is not entirely new to the world of phones and tablets.  Several apps of varying quality have been developed for both Apple and Android devices to help share content and sync up different devices.

However, with BlackBerry Bridge, you can access your smartphone’s email, calendars, files and all other data directly from your tablet – and in real time; that is, any changes made to any of the files are made on both devices at the same time while the two are connected.  The aim is to transform your tablet into the same kind of social device as your smartphone.

First off, this allows you to play and pause movies and videos, choose music and scroll through pictures on your tablet using your phone, making it convenient for using your tablet as a monitor or screen.

It also lets you use PowerPoint on the PlayBook from your smartphone and scroll through the slides, for easy presenting.  As these devices are often used in the business world, you can see the advantage here.

It’s also useful if you have any preference between keyboards. If you prefer the physical BlackBerry phone keyboard, you can use this to type or edit documents, which will then be saved onto the PlayBook.  Alternatively, if you prefer the PlayBook’s larger virtual keyboard, you can use that instead, and the file will be synced onto your smartphone.

As well as making your phone work as a remote control, BlackBerry Bridge opens up a host of features on the PlayBook.  For instance, it allows you to use BlackBerry Messenger on your tablet for instant messaging.  Once again, this is great for people who prefer the larger, touch keyboard.

6 Tips For Minimising Living Costs As A Student

How to Make Safe Transactions On the Web