The story behind the fall of Apple sharesPosted by Admin34On December 19, 2012 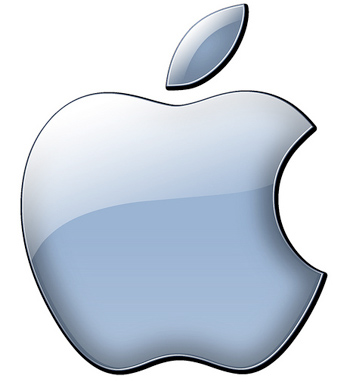 A fall of about 25 % is noticed in the share price of Apple since the highest recorded price set by it three months ago. The U.S analysts have lowered the price targets for this U. S. Giant in the last few days.

Android Smartphones continue to be at the top compared to the Apples iOS. The ratio is nearly 1:7. This had made the matter worse for Apple.

In the concepts of medium term, Apple has the potential to shine back in its price and image, while in short term concepts, the view of analysts and investors are Apple is losing its bite.

With the launch of the iPhone the price went higher up to $ 702.10 but as soon as the freshness faded the price fall down to the $ 500 mark. December 17th saw the worse when the price fell below the psychological mark of $ 500. The prices climbed that very day above the threshold but such lows were never seen before last February middle.

The part suppliers of Apple have made a cut in orders. A normal fear prevails in the market that Apple has manufactured more Iphone in the present quarter and needs to adjust that manufacturing in the coming quarters. With the drop in share prices, the analysts from UBS, Citibank has cut all their future targets.

Also it is feared that the sale of iPhone 5 is not like that of its previous versions. The U.S sales figure is expected around 19 million for the fourth quarter as per the survey conducted by Morgan Stanley. The figures represent a growth of 33% in a year to year basis. In china, the debut of iPhone 5 saw a sale of about 2 million in the last week.

AS per the CEO, the sales record of the first week in China has shown the customer`s response towards the product and is sure to set records.

RBC`s Daryanani opined, Apple is still on the track to be present in 100 countries of the world by the end of the year.

The market is dominated by the android operating system, which has become a hype surrounding Apple. Morningstar, an investment research firm, has opined that Apple has a lot to achieve in 2013. The company has various other products in its pipeline which are ready to be launched. It is expected that the prices will soon rise as the product hits the market. These short term competitions are always there in the market which prevents firms from resting in laurels.

It is seen that of the ten products shipped globally in the third quarter, only two out of ten phones are iPhones. During the same period, Google`s android platform has ran almost 75% of the smart phones in the world.

It is speculated that apple will come with iTV, a television set, by the end of 2013. Recent surveys have shown that 47% people in U.S are interested in buying an Apple branded television. 56 million units are expected to be sold in U.S only. This will create another $13 billion opportunity for Apple.

Future Technological Developments will Give Digital Communication a ‘Face’

How To Use The Balanced Scorecard And Enjoy The Benefits?