Everything about drivers and digital signaturesPosted by Gabriel MOn May 17, 2013 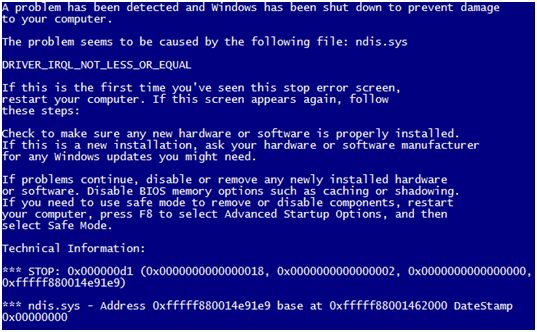 Many people have heard about the drivers for computer components and peripherals, but it is not always clear what they really are and why they are so important. The purpose of this tutorial is to discuss the role of drivers in a computer, as well as the meaning of digital signatures for drivers.

What is a driver?

Drivers are mini-programs or files that translate the operating parameters and characteristics of hardware connected to a computer in a way that is understandable by the operating system.

When buying a printer, for example, it is likely that you will also be provided with a disk with drivers and utilities. The PC printer driver communicates with the operating system a range of information such as the size and thickness of the pages, the ink color and the type of font supported, plus a number of parameters that allow proper operation of the device within the operating system installed on the PC. Optimal operation means full access to the functionalities designed for the device and the possibility of establishing precise settings, according to the user’s needs.

When talking about original drivers for peripherals, most often these drivers are designed by the hardware manufacturer. These are the original drivers that come directly from the source. In addition, there are also the so-called generic drivers that are included in Windows and provide stable functionality, for hardware devices, because it enables all the functional characteristics of the product. However, generic Windows drivers may not provide access to all functionalities of a device. For example, even though such a driver would allow printing on most printers, advanced settings such as the use of a power consumption mode may not be available.

As a basic rule with regard to the type of driver you should choose (original or generic ones), you should consider the stability and functionality of the component. You can start with the generic driver in Windows and check the feature this offers, and then compare this driver with the one offered by the manufacturer.

Why do we need digitally signed drivers?

Manufacturers are required to meet certain standards in terms of various functional parameters of components. These drivers carry a digital signature that confirms the fact that they adhere to these standards. Compliance with these standards is verified by the Microsoft Windows Hardware Quality Labs (WHQL). To receive certification that their product and the compatibility with operating systems produced by Microsoft, producers are required to perform a series of tests and send the logs to Microsoft for review. The procedure may also include additional tests performed by Microsoft on different hardware configurations and different versions of Windows.

But why are these tests necessary? One of the main things is that they will prevent the appearance of Blue Screen of Death. These errors appear most commonly due to errors caused by poor drivers that have accessed illegal memory addresses in the computer or executed illegal operations.

To avoid these situations, but also to increase the reliability of the operating system, Microsoft has decided to establish WHQL. Subsequently, the company has imposed the exclusive use of digitally signed WHQL drivers on some versions of Windows. However, Microsoft has also made available to developers a free of charge Windows Driver Kit and some verification tools.

To obtain the digital, companies must obtain a license from a software certification authority (e.g. VeriSign) and apply them to a code of standard designed by Microsoft. This can be purchased for a period of up to three years.

Debunking The Cloud Issue: Pros Are > The Cons

The Importance Of Mobile Marketing