Everything You Need to Know About User Account Control (UAC)Posted by Gabriel MOn April 21, 2013 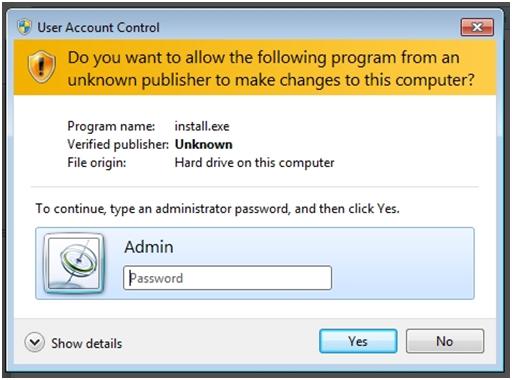 When Windows Vista was launched, the User Account Control (UAC) feature has been one of the most criticized and misunderstood additions to the operating system. Even though it is very important for the security of Windows, many people chose to disable it and thus were exposed to possible security problems. Windows 7 brings changes to this feature, causing additional controversy. The purpose of this tutorial is to help you understand the importance of this feature and eventually help you decide if you want to use it or not.

In recent versions of Windows, the default applications run without administrator permission. They have the same permission level as a normal user and are not allowed to make changes in the system. When an application wants to make changes in the system, such as changes that affect other users, changes to system files and folders or installing a new program, UAC prompts the user. A UAC prompt in Windows 7 is similar to the one shown in the following picture:

There are many changes that require administrative privileges and, depending on how UAC is configured, they can result in a message asking for permission. These are as follows:

Should I disable UAC when I install applications and restart it afterwards?

The highest level of discomfort appears when you install everyday applications. At this time, you can get plenty of messages from UAC and you may be tempted to disable it temporarily, but make sure you install all applications and re-enable the feature when finished. In some cases this may not be a bad idea.

Where can I find the UAC and how they change levels?

You can always use the ‘Change User Account Control settings’ feature, which you can find by clicking on the start button and using the integrated search bar. This will give you the chance to set UAC according to your needs.

Benefits Of Technology and Teamwork To Customer Service and Sales

Own a car all within your budget